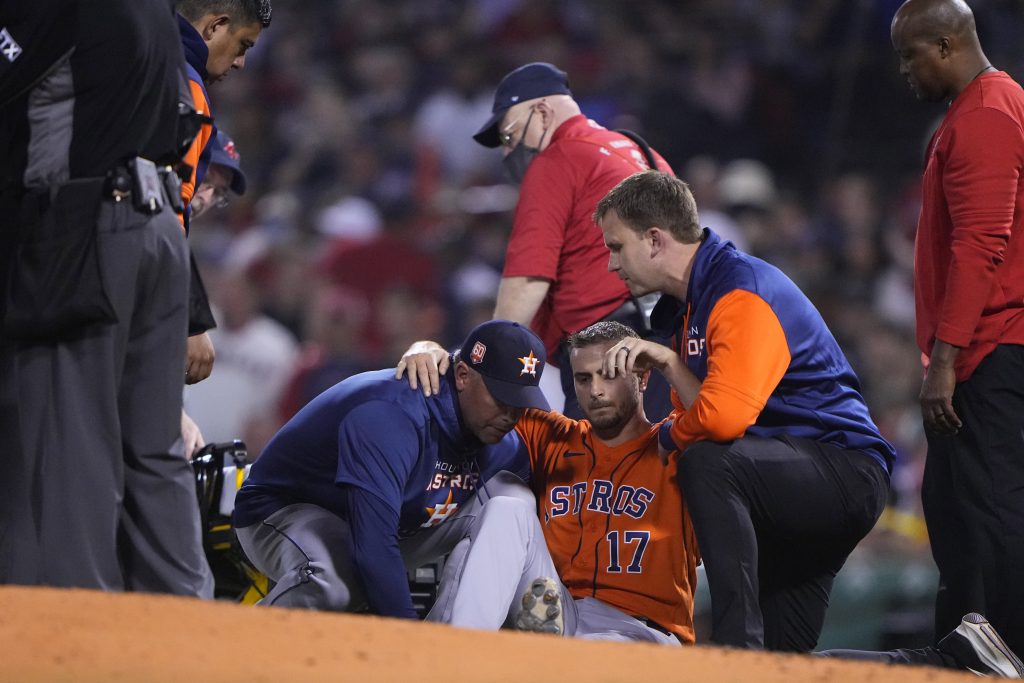 May 17: Odorizzi was on crutches and in a walking boot following the game, manager Dusty Baker told reporters (link via MLB.com’s Molly Burkhardt). Odorizzi will undergo an MRI today to determine the extent of the damage, but Baker offered some optimism, saying after the game that Odorizzi was “probably doing better than it looked like on the mound.”

May 16: Astros starter Jake Odorizzi was carted off the field during tonight’s game against the Red Sox. The right-hander broke to cover first base after Enrique Hernández hit a ground-ball to the right side of the infield. He stumbled off the mound and fell to the ground in pain; he was eventually carted off the field.

The team has yet to provide a substantive update, noting only that he departed the game due to left lower leg discomfort. Club officials figure to provide more detail after the game. Given the nature of the injury, it’d register as a real surprise if the veteran didn’t require an injured list stint. Whether he’s facing a particularly notable absence will be known after he undergoes further testing.

Odorizzi has made seven starts this season, tossing 31 2/3 innings. He has a solid 3.13 ERA, but that’s come with worse than average strikeout, walk and ground-ball marks. Odorizzi has benefitted from opponents’ meager .258 batting average on balls in play while allowing just one home run against 128 batters faced.

The Astros have been deploying a six-man rotation, with Justin Verlander, Cristian Javier, José Urquidy, Luis Garcia and Framber Valdez joining Odorizzi in the starting staff. That group has been among the most effective in the game, and pitching coach Josh Miller told reporters before today’s contest they planned to stick with the six-man staff (link via Chandler Rome of the Houston Chronicle). An absence from Odorizzi would obviously affect the makeup of that group, leaving the Astros to decide whether to go back to a five-man rotation or to call upon a reinforcement like Brandon Bielak or Peter Solomon from Triple-A Sugar Land.

If Odorizzi is facing a long-term absence, it could prove quite costly for him personally. He signed an incentive-laden deal with the club late in the 2020-21 offseason. Odorizzi is playing this season on a $5MM base salary; he’d trigger a $500K incentive for reaching 100 innings pitched, with additional $1MM+ bonuses for every 10 innings thereafter up through 160 frames. His deal also contains a $6.5MM player option for next season that comes with a $3.25MM buyout; both the option price and the buyout figure would escalate if Odorizzi makes at least 20 starts this year.