Future COVID variants will likely reinfect us multiple times a year, experts say — unless we invest in new vaccines 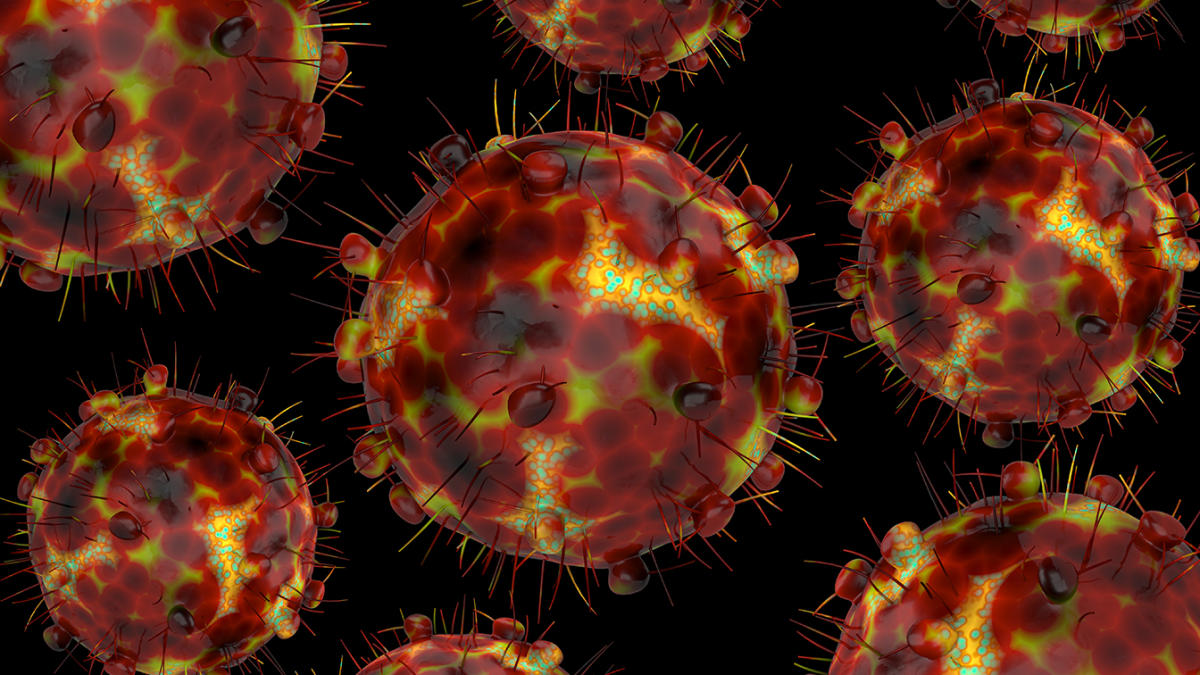 For more than a year now, the original COVID-19 vaccines have held up remarkably well — even miraculously so — against a Greek alphabet of new variants: Alpha, Beta, Gamma, Delta.

Earlier variants did this, too. But it never really mattered, because their offshoots “had no functional consequence,” founder of Scripps Translational Institute. “They did not increase transmissibility or pathogenicity.”

Today’s rapidly proliferating Omicron mutants are different, however. They all have one worrisome trait in common: They’re getting better and better at sidestepping immunity and sickening people who were previously shielded by vaccination or prior infection.

The virus, in other words, is now evolving faster — and in a more consequential way — than ever before. Given the increasing speed of immune evasion — and what this pattern portends for the future — experts warn that the time has come to rethink our reliance on the vaccine status quo and double down on next-generation vaccines that can actually stop infection.

“As difficult it is to mentally confront, we must plan on something worse than Omicron in the months ahead,” Topol . “We absolutely need an aggressive stance to get ahead of the virus — for the first time since the pandemic began — instead of surrendering.”

The brewing storm of BA sublineages isn’t all bad news. COVID cases have been rising nationwide since the beginning of April, nearly quadrupling over the last six weeks to more than 90,000 per day, on average. Yet both COVID deaths (about 300 per day) and ICU patients (about 2,000 total) are still at or approaching record lows — even though have been hit hard, and even though new research shows that Omicron and its spinoffs , contrary to early assumptions.

Clearly, existing immunity is still valuable. Along with new therapeutics like Paxlovid, it’s the major factor that makes 2022 different, and much less deadly, than 2021 or 2020.

A skeptic might say that’s all that matters. A low rate of death and severe disease? Mission accomplished, the argument goes. COVID really is no worse than the flu now. Americans are right to unmask and return to normal.

The problem with this approach is that it ignores the virus’s new direction — and what science can do to redirect it. It succumbs to a complacency that could, in time, become deadly itself.

Just a few months ago, it was possible to believe COVID was running out of steam. Fresh off a massive winter BA.1 wave, the world was flooded with new antibodies, which seemed to slow the next version of Omicron, BA.2, to a crawl. It felt like the beginning of the end: the first big step toward endemicity, or a less dangerous, disruptive and predictable coexistence with COVID. Like the flu.

But the near-simultaneous — and near-immediate — emergence of BA.2.12.1, BA.4 and BA.5 has upended those expectations. All three strains share several mutations with BA.2, but they also boast additional alterations in a key amino acid called L452, which may help explain why all three dodge immunity so well. As Gretchen Vogel of Science magazine explained in a recent story titled, “,” “L452 is part of the receptor-binding domain, the part of the spike protein that locks onto cells, enabling infection. The domain is also a key target for protective antibodies.”

The disturbing thing about these L452 mutations is that they didn’t just happen to one strain in one place. They occurred in at least four different sublineages in four different countries, all at the same time: Belgium, France, South Africa and the U.S. (specifically New York). This strongly suggests the mutations weren’t random, but rather a Darwinian adaptation meant to help the virus sidestep the very thing that seemed to be keeping cases low in the first place: the huge amounts of Omicron immunity generated over the winter.

“The independent appearance of four different mutations at the same site? That’s not normal,” immunologist Yunlong Richard Cao of Peking University told Science. Already, Omicron and its descendents “should be called SARS-3,” added Linfa Wang, a bat coronavirus researcher at the Duke-NUS Medical School in Singapore — an entirely distinct virus.

And the fact that the virus responded this way once suggests that it can keep responding the same way in the future.

“We can be certain that [future variants will] continue to be more and more capable of immune escape,” explained Kristian Andersen, who studies viral evolution at Scripps Research.

This new trajectory toward immune escape — with little pause for a breather after a big wave — isn’t a return to square one. But it’s risky for several reasons.

For most of the pandemic, a previous infection provided real protection against reinfection, even by a different variant. Yet indicate that there’s little cross-immunity between BA.1 and BA.2.12.1, BA.4 or BA.5 — meaning that “those infected with the first Omicron variant” are already “reporting second infections with the newer versions of the variant” just a few months later, .

In turn, “those people may go on to have third or fourth infections, even within this year.”

“It seems likely to me that that’s going to sort of be a long-term pattern,” predicted Juliet Pulliam, an epidemiologist at Stellenbosch University in South Africa.

Needless to say, getting infected multiple times a year with a virus that has the potential to cause — including long COVID — is not optimal.

Combine frequent reinfections with rising breakthrough cases, meanwhile, and the virus’s overall burden on society will soar — both in terms of sick days at work and school and the threat of more serious outcomes, including death. Even now, Omicron and its descendents aren’t just evading immunity against infection (). They’re showing they can erode at least some protection against severe illness as well.

“A major misconception is that the vaccines are holding steady to protect against severe disease, hospitalizations, and deaths,” Topol . “They are not. When a booster was given during the Delta wave, that fully restored protection against these outcomes, to the level of 95% effectiveness. But for Omicron, with a booster (or second booster) . While still high, [that] represents a major, 4-fold” rise in ineffectiveness, from 5% to 20%.

Extrapolate this fourfold reduction in protection to the entire U.S. population — , including 20 million seniors — and it means more tragic outcomes, especially if COVID is allowed to spread unchecked. In Massachusetts, one of America’s most vaccinated states, — which is when . ICU numbers are up 97%.

Finally, the more virus spreads, the more opportunities it has to develop more dangerous properties. “It’s overly optimistic to think we’ll be done when Omicron variants run their course,” Topol explained. “Not only are they providing further seeding grounds for more variants of concern, but that path is further facilitated by tens of millions of immunocompromised people around the world, multiple and massive animal reservoirs, and increased frequency of recombinants — the hybrid versions of the virus that we are seeing from co-infections.”

So what is the way forward? Not what the U.S. is doing now, experts insist.

Currently, there’s only one new vaccine in the regulatory hopper: an Omicron booster based on the BA.1 variant, which is up for approval this summer. Yet BA.2.12.1, BA.4 and BA.5 may have already rendered it obsolete — a mismatch that will only become more pronounced as the virus continues to evolve.

Then there’s Congress, which has refused to approve the Biden administration’s request for $10 billion in new COVID funding. As a result, the White House is now preparing to ration the forthcoming Omicron booster, .

Unfortunately, America is getting it backwards here. Instead of spending less on behind-the-curve shots, the U.S. should be spending more to get ahead of the virus. How? By investing in next-generation vaccines that can stop new variants from dodging our immune defenses.

One promising path is a nasal vaccine — a simple spray that would “enter the mucus layer inside the nose and help the body make antibodies that capture the virus before it even has a chance to attach to people’s cells,” , a professor of immunobiology at Yale School of Medicine whose team has been developing just such a vaccine.

“We have in animal studies that we can spray the virus’s so-called spike proteins into the nose in a previously vaccinated host and significantly reduce infection in the nose and lungs as well as provide protection against disease and death,” Iwasaki . “Using the nasal spray as a booster — potentially over the counter — every four to six months may make the most sense for this pandemic.”

The second major avenue would be a variant-proof vaccine based on the many neutralizing antibodies that scientists have discovered since the start of the pandemic, which “have a high likelihood of protecting against any future variant,” according to Topol.

“Such vaccines are clearly in our reach, but the lack of investment in a high-priority and velocity initiative is holding us back,” he .

Three nasal vaccines are in late stage clinical trials; four variant-proof vaccines recently started trials, too. They could be used in concert: the latter for the initial doses, the former as boosters. But there’s been no Operation Warp Speed for any of them — and federal COVID funding is about to run out.

Given how fast the virus is changing, Topol and others say it’s time for that to change, too. The immune protection many Americans were relying on when they removed their masks and returned to normal isn’t what it used to be. So unless they’re fine with getting repeatedly reinfected — and spreading the virus to other, more vulnerable friends and family members — next-generation vaccines are starting to look like the smartest exit strategy.

“We need to focus on broadening our immunity, [and] we really, really need to get going,” Andersen told Science. “Simply letting the virus do what viruses do — continue to infect us, and likely several times a year — just isn’t an option in my playbook.”

How are vaccination rates affecting the latest COVID surge? Check out this explainer from Yahoo Immersive to find out.