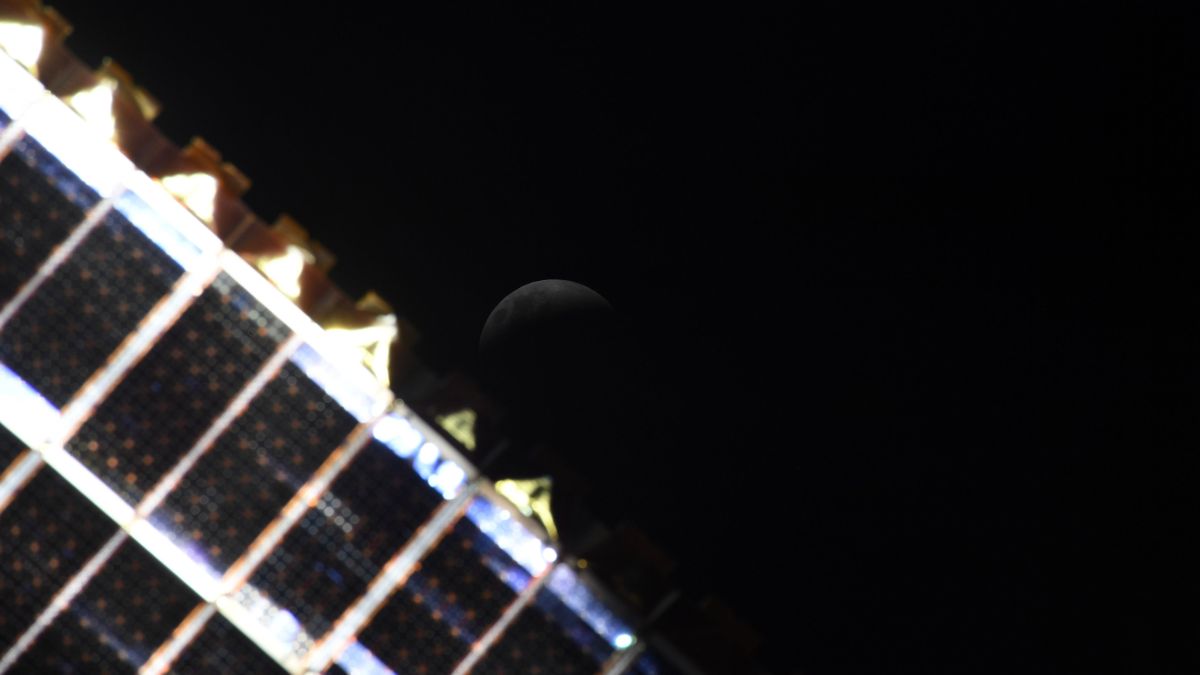 Astronauts at the International Space Station enjoyed stunning views of the total lunar eclipse on the night of May 15.

“Were you lucky enough to be able to see the lunar eclipse last night? We were!” Cristoforetti wrote in one tweet.

Because the International Space Station completes one orbit around Earth every 90 minutes, the astronauts probably enjoyed several rounds of the spectacle. The eclipse started on Sunday (May 15) at 9:32 p.m EDT (0132 GMT on May 16), when the moon entered the lighter part of Earth’s shadow, called the penumbra, and finished more than five hours later when the moon exited the penumbra on the other side. The total eclipse phase, when the moon is completely covered by the umbra, the dark shadow of the planet, lasted for 85 minutes, the longest in 33 years.

Related: Amazing photos of the Super Flower Blood Moon of 2022

During a total eclipse, the moon doesn’t disappear from the sky but instead turns red, an effect caused by the scattering of light by Earth’s atmosphere. This effect is responsible for the “blood moon” moniker that is frequently used to refer to the fully eclipsed moon.

Some of Cristoforetti’s images show the darkened moon viewed through the space station’s solar panels.

“A partially eclipsed moon playing hide-and-seek with our solar panel,” the astronaut wrote in another tweet.

Today’s lunar eclipse was the first of 2022 and was best observed from the Americas, although skywatchers in western Africa and Europe also caught parts of the spectacle.

The next full lunar eclipse will take place on Nov. 8 and will peak above the Pacific Ocean, favoring skywatchers in the western United States, eastern Asia and Australia.