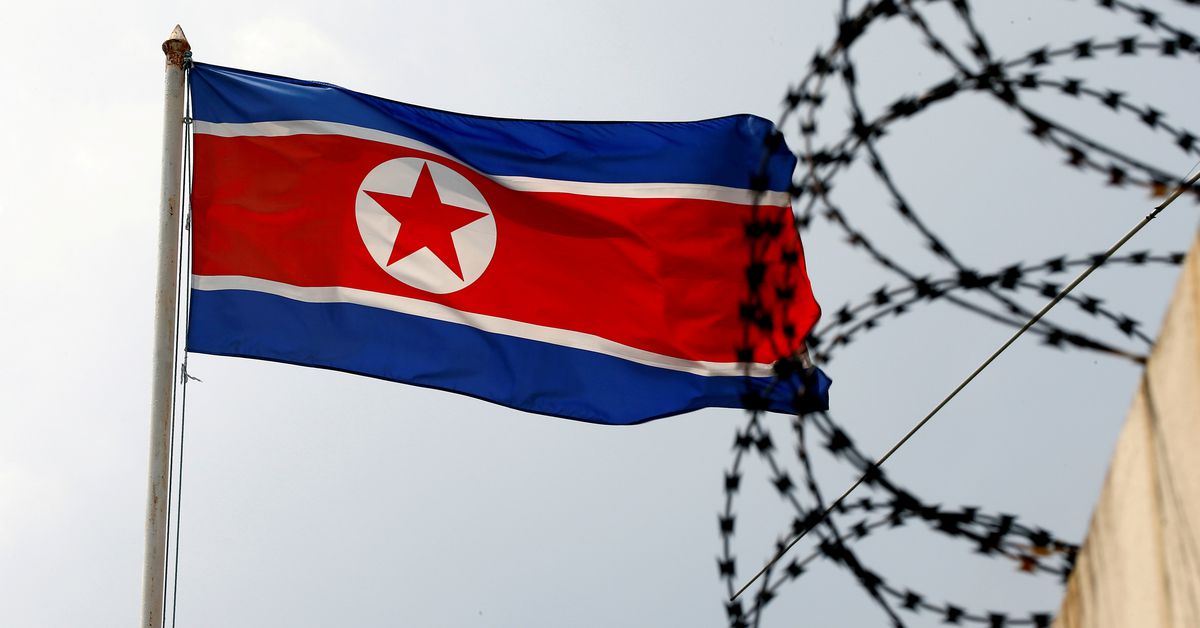 SEOUL, May 12 (Reuters) – North Korea fired three ballistic missiles towards the sea off its east coast on Thursday, South Korea and Japan said, in the latest such move as the isolated country races to advance its weapons programmes on the day it first reported a COVID-19 outbreak.

Three short-range ballistic missiles were fired at around 18:30 (0930 GMT) from the Sunan area of the North’s capital, Pyongyang, where an international airport is located and where the North had said it fired its largest intercontinental ballistic missile (ICBM), the Hwasong-17, on March 24, South Korea’s Joint Chiefs of Staff (JCS) said.

The missiles flew approximately 360 kilometres (224 miles), reaching an altitude of 90 km and a maximum velocity of Mach 5, the JCS said. The U.S. military said the launch did not pose an immediate threat to it or its allies.

Japanese Defence Minister Nobuo Kishi said the missiles flew about 350 km, to the maximum altitude of around 100 km, before landing outside Japan’s territorial waters.

“A series of missile launches when the invasion of Ukraine is taking place is unacceptable,” he told reporters, adding that Tokyo had lodged a protest against North Korea through its embassy in Beijing.

The launch was also the first since the inauguration this week of conservative South Korean President Yoon Suk-yeol, who has signalled a hard line against the North’s weapons development.

Yoon’s national security office issued a statement condemning the launch and saying it “deplored the duplicitous conduct” of firing ballistic missiles and ignoring the plight of its people in the middle of a COVID outbreak.

In its last weapons test on Saturday, the North used a submarine-launched ballistic missile, which it has been aggressively developing in recent years. read more

U.S. and South Korean officials have said Pyongyang’s first nuclear test since 2017 could take place as early as this month. read more

In a statement, the U.S. military said it was closely consulting with its allies and partners over Thursday’s launch. “The missile launch highlights the destabilizing impact of the DPRK’s illicit weapons program,” it said.