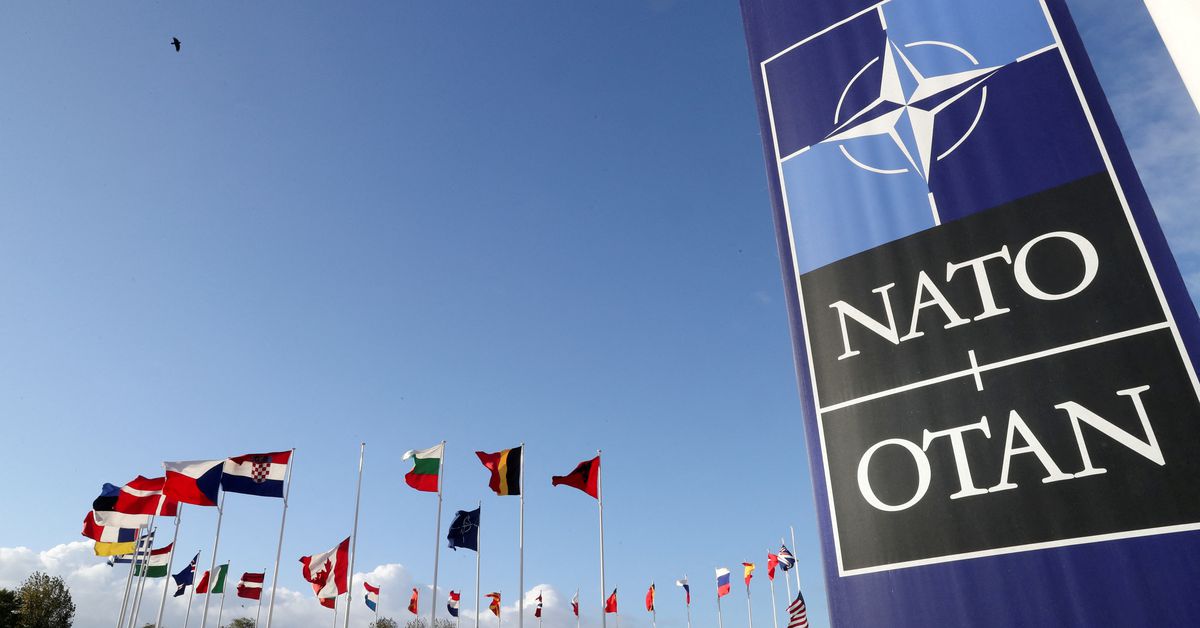 KYIV/BRUSSELS, May 12 (Reuters) – Finland is expected to announce on Thursday its intention to join NATO with Sweden likely to follow soon after, diplomats and officials said, as Russia’s invasion of Ukraine reshapes European security and the Atlantic military alliance.

In the wider Nordic region, Norway, Denmark and the three Baltic states are already NATO members, and the addition of Finland and Sweden would likely anger Moscow, which says NATO enlargement is a direct threat to its own security.

Russian President Vladimir Putin has cited the issue as a reason for his actions in Ukraine, which has also expressed a desire to eventually join the alliance.

Asked on Wednesday if Finland would provoke Russia by joining NATO, President Sauli Niinisto said Putin would be to blame. “My response would be that you caused this. Look at the mirror,” Niinisto said. read more

On the frontlines, Ukraine on Wednesday said it had pushed back Russian forces in the east and shut gas flows on a route through Russian-held territory, raising the spectre of an energy crisis in Europe.

Ukraine’s armed forces’ general staff said it had recaptured Pytomnyk, a village on the main highway north of the second-largest city of Kharkiv, about halfway to the Russian border.

In another village near Kharkiv recaptured by Ukrainian forces in early April, resident Tatyana Pochivalova returned to find her home blasted to ruins.

“I have not expected anything like this, such aggression, such destruction,” a weeping Pochivalova said. “I came and I kissed the ground, I simply kissed it. My home, there is nothing. Where am I to live, how am I to live?”

The advance appears to be the fastest that Ukraine has mounted since it drove Russian troops away from the capital Kyiv and out of northern Ukraine at the beginning of April.

If sustained, it could let Ukrainian forces threaten supply lines for Russia’s main attack force, and put rear logistics targets in Russia itself within range of artillery.

In the south, Ukraine’s military said early on Thursday it had destroyed two tanks and an ammunition depot in the Russian-controlled Kherson region.

The Kremlin calls its actions in Ukraine a “special military operation” to demilitarise a neighbour threatening its security. It denies targeting civilians.

Ukraine says it poses no threat and that the deaths of thousands of civilians and destruction of towns and cities show that Russia is waging a war of conquest.

Wednesday’s move by Ukraine to cut off Russian gas supplies through territory held by Russian-backed separatists was the first time the conflict has directly disrupted shipments to Europe.

Gas flows from Russia’s export monopoly Gazprom to Europe via Ukraine fell by a quarter after Kyiv said it was forced to halt all flows from one route, through the Sokhranovka transit point in southern Russia.

Should the supply cut persist, it would be the most direct impact so far on European energy markets.

Moscow has also imposed sanctions on the owner of the Polish part of the Yamal pipeline that carries Russian gas to Europe, as well as Gazprom’s former German unit, whose subsidiaries service Europe’s gas consumption.

The implications for Europe, which buys more than a third of its gas from Russia, were not immediately clear.

Berlin said it was looking into the announcement. An Economy Ministry spokesperson said the German government was “taking the necessary precautions and preparing for various scenarios”.

As fighting continued, the governor of the Russian region of Belgorod, on the other side of the border from Kharkiv, said a village had been shelled from Ukraine, wounding one person.

Ukraine authorities have so far confirmed few details about the advance through the Kharkiv region.

“We are having successes in the Kharkiv direction, where we are steadily pushing back the enemy and liberating population centres,” said Brigadier General Oleksiy Hromov, Deputy Chief of the Main Operations Directorate of Ukraine’s General Staff.

In southern Ukraine, where Russia has seized a swathe of territory, Kyiv has said Moscow plans to hold a fake referendum on independence or annexation to make its occupation permanent.

The Kremlin said on Wednesday it was up to residents living in the Russian-occupied Kherson region to decide whether they wanted to join Russia, but any such decision must have a clear legal basis.

Russian forces have also continued to bombard the Azovstal steelworks in the southern port of Mariupol, last bastion of Ukrainian defenders in a city

“If there is hell on earth, it is there,” wrote Petro Andryushchenko, an aide to Mariupol Mayor Vadym Boichenko, who has left the city.

Ukraine says it is likely that tens of thousands of people have been killed in Mariupol. Ukrainian authorities say between 150,000 and 170,000 of the city’s 400,000 residents are still living there amid the Russian-occupied ruins. read more