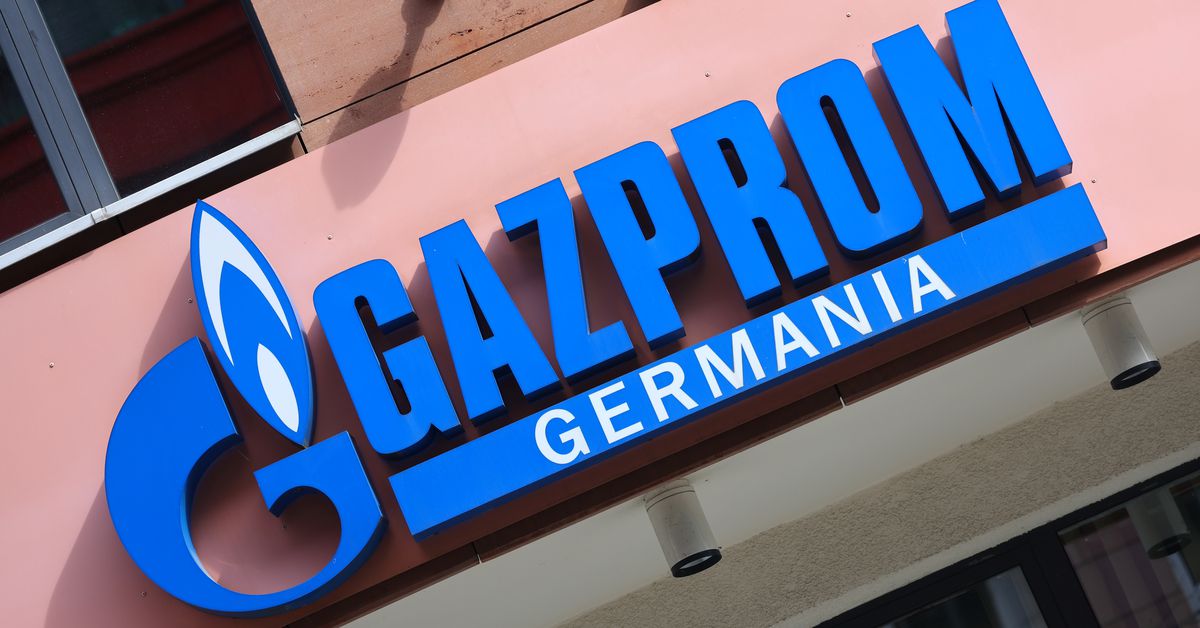 Gas prices surged, with the key European benchmark gaining 12% as buyers were unsettled by the mounting threats to Europe’s supply given its high dependence on Russia.

Moscow has already cut off supply to Bulgaria and Poland and countries are racing to fill dwindling gas reserves before winter.

It also placed sanctions on the owner of the Polish part of the Yamal-Europe pipeline that carries Russian gas to Europe.

Kremlin spokesperson Dmitry Peskov said there can be no relations with the companies affected nor can they take part in supplying Russian gas.

The affected entities, listed on a Russian government website, are largely based in countries that have imposed sanctions on Russia in response to its invasion of Ukraine, most of them members of the European Union.

Germany, Russia’s top client in Europe, said some subsidiaries of Gazprom Germania were receiving no gas because of the sanctions.

“Gazprom and its subsidiaries are affected,” German Economy Minister Robert Habeck told the Bundestag lower house. “This means some of the subsidiaries are getting no more gas from Russia. But the market is offering alternatives.”

The list also includes Germany’s biggest gas storage facility at Rehden in Lower Saxony, with 4 billion cubic metres of capacity and operated by Astora, as well as Wingas, a trader which supplies industry and local utilities.

Wingas has said it would continue operating but would be exposed to shortages. Rivals Uniper (UN01.DE), VNG (EBKG.DE) or RWE (RWEG.DE) could be potential sources of supply to the market. Russian gas flows to Germany continue via the Nord Stream 1 pipeline under the Baltic Sea.

If sanctioned firms cannot operate, other companies such as gas utilities could take over contracts, which would likely involve agreeing new terms with Gazprom, including for payment, said Henning Gloystein, director at Eurasia Group.

“This may be what Gazprom intends here, beyond also sending a retaliatory signal (for EU sanctions),” he added.

Gazprom said it would no longer be able to export gas through Poland via the Yamal-Europe pipeline after sanctions against EuRoPol Gaz, which owns the Polish section.

The pipeline connects Russian gas fields in the Yamal Peninsula and Western Siberia with Poland and Germany, through Belarus, and has a 33 billion cubic metre (bcm) capacity, around a sixth of Russian gas exports to Europe.

However, gas has been flowing eastwards through the pipeline from Germany to Poland for some weeks, enabling Poland – which was cut off from Russian supplies along with Bulgaria last month for refusing to comply with a new payment mechanism – to build stocks.

Exit flows into Poland at the Mallnow metering point on the German border stood at 9,734,151 kilowatt hours per hour (kWh/h) on Thursday, down from roughly 10,400,000 kWh/h the previous day, data from the Gascade pipeline operator showed.

Germany’s Habeck said Russia’s measures seemed designed to drive up prices but the expected 3% drop in Russian gas deliveries could be compensated for on the market, albeit at a higher cost.

Dutch gas prices at the TTF hub, the European benchmark, rose by as much as 20% before closing 12% higher. The benchmark has skyrocketed over the past year, adding to the burden on households and businesses.

Although German gas storage is around 40% full, that is still low for the time of year and inventories need to be built up in preparation for winter.

Moscow’s sanctions came just a day after Ukraine halted a gas transit route, blaming interference by occupying Russian forces, the first time exports via Ukraine have been disrupted since the invasion. read more

The Sokhranovka gas transit point will not be re-opened until Kyiv obtains full control over its pipeline system, the head of operator GTSOU said, adding that flows could be re-directed to the alternative Sudzha transit point, although Gazprom has said this is not technologically possible. read more

While the European Commission said the Ukrainian suspension does not present an immediate gas supply issue, there are concerns in the market about winter, when heating demand will rise and global supply constraints will bite. read more

“Storage levels are currently sufficient to last through most of 2022, even if Russian flows were to stop instantly, barring any unexpected weather events – but the outlook for winter 2022 supply is now a lot more pessimistic,” said Kaushal Ramesh, senior analyst at consultancy Rystad Energy.

Finnish politicians have been warned that Russia could halt gas supplies to its neighbour on Friday, newspaper Iltalehti reported, citing unnamed sources. Gas accounts for about 5% of Finland’s energy consumption. read more

There is also confusion still among EU gas companies over a payment scheme decreed by Moscow in March which the European Commission has said would breach EU sanctions.

Germany’s top power producer, RWE (RWEG.DE), expects Berlin to soon clarify whether payments for Russian gas can be made under Moscow’s proposed scheme, its finance chief said on Thursday, as a deadline approaches at the end of the month.

Russia’s demand for payment in roubles has been rejected by most European gas buyers over the details of the process, which requires opening accounts with Gazprombank, fuelling fears about potential supply disruptions and their far-reaching consequences for Europe and particularly Germany, which relies heavily on Russian gas.