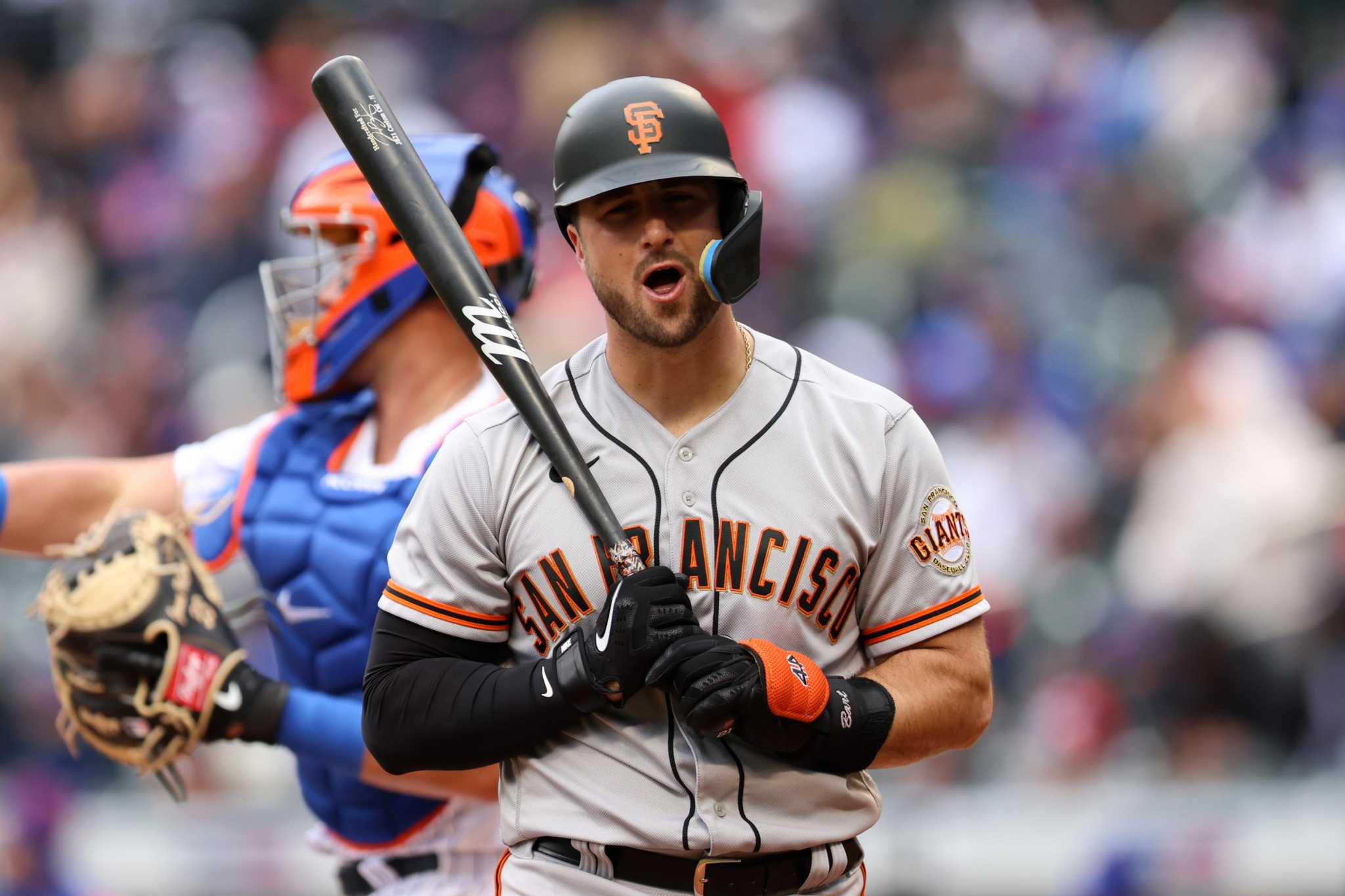 Joey Bart’s game has long included a lot of swing and miss. In simple terms, he strikes out a lot.

The San Francisco Giants’ catcher has done so at an increasingly frequent clip, with 29 strikeouts in his past 50 at-bats going into Tuesday’s game against the Rockies.

But there are so many things to consider, starting with the fact that he has had such stretches here and there throughout the minors; he’s a rookie and he’s still learning the league; and his primary responsibility — and a big one it is — is on the defensive side and working with the team’s pitchers.

The person you won’t hear any of the above from: Bart. He believes he should be excelling behind and at the plate.

“I hold myself to a high standard,” Bart said Tuesday. “What’s most frustrating is that I can see how good I can be. I’m just going to keep working, stay positive, and it’s going to come for me.”

Bart hasn’t felt entirely comfortable at the plate consistently, but it’s there occasionally. He felt as if he’d found something in his swing before a game at Washington and had three hits. “You lose it, you find it, you lose it again,” he said. “I just have to go up there with a level head and compete. I’ll come out of it.”

Hitting coach Justin Viele likes to look at the positives he’s seeing, including Bart’s 52% hard-hit ball rate, and his 10 walks, and most of all, his willingness to work. “Joey is grinding in the cage every day,” Viele said. “He doesn’t want to be punching out left and right.”

Viele pointed to the fact that Bart is still getting used to using a toe tap, a timing mechanism that “can go squirrely,” Viele said. “I think once we see 100 plate appearances with it, we’ll know a lot more. He’s bought into it, and when it’s right, it’s right. We’re not worried about it.”

Bart’s current K-funk is having some ramifications: Manager Gabe Kapler pinch-hit for Bart with Joc Pederson on Monday, wanting to add runs to help the Giants’ bullpen. “In that moment, it’s probably more likely that Joc gives us a chance to blow open the game,” Kapler said. “You want to tack on as many runs as possible at any given time.

“I don’t think it’s any surprise or secret that Joey’s having some difficulty with swinging and missing, and in that moment, you need contact. It’s really important that you have contact — tacking on one additional run is big for us.”

Briefly: Infielder Wilmer Flores was scratched Tuesday with lower back tightness. … First baseman Brandon Belt (neck) was back in the lineup. … Anthony DeSclafani (ankle) said he’ll throw a few more bullpens before potentially starting a rehab assignment. … Steven Duggar (oblique, COVID) said he had terrible chills and was shaking during his first day on the COVID injured list, but he recovered the next day. He hopes to begin swinging a bat in the next day or two, hitting off a tee or taking dry swings.