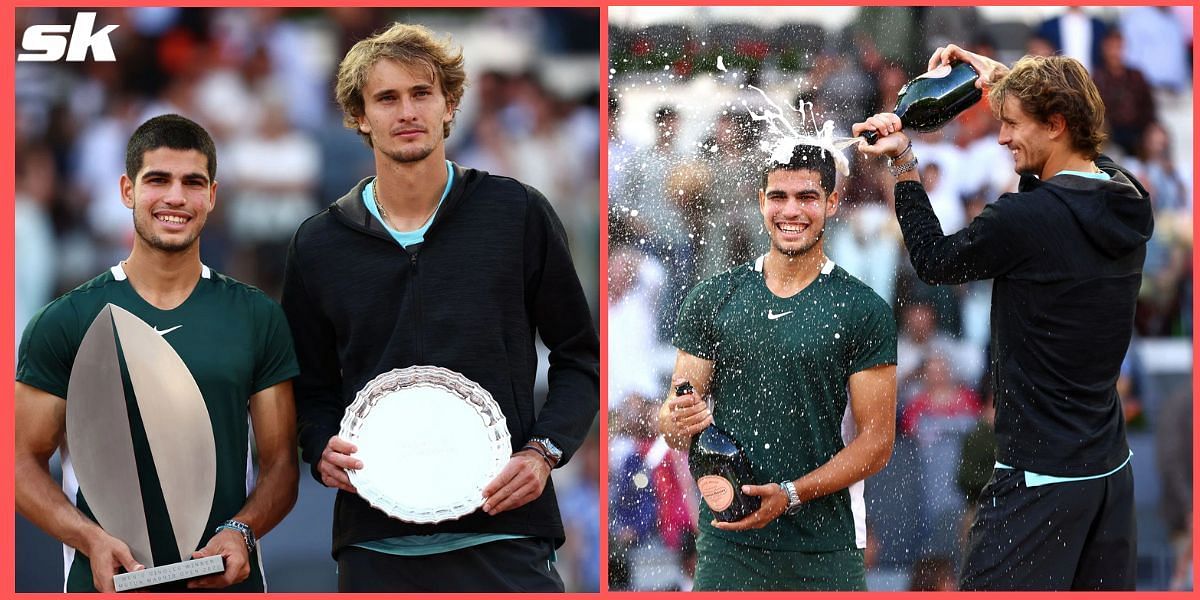 The recently-concluded Madrid Open final between home favorite Carlos Alcaraz and defending champion Alexander Zverev drew in a massive audience. According to the latest reports, more than 2.6 million viewers on average watched the final on La 1, the premier free-to-air television channel operated by the country’s state-owned public corporation.

Interestingly, more spectators tuned in to watch Carlos Alcaraz lift the trophy, with an estimated 3.0 million fans catching sight of the presentation ceremony. This marks a whopping 25% of all television viewers in Spain at the time, proving without a doubt the ever-increasing popularity of the World No. 6.

Alcaraz has announced himself as the heir apparent to Rafael Nadal with flying colors this year, becoming the first player to win four ATP titles in 2022. After winning the Rio Open and Miami Masters, the Spaniard swept home titles in Barcelona and Madrid.

The 19-year-old became the first-ever player to beat Nadal and Novak Djokovic in the same clay tournament, disposing of the duo in the quarterfinals and semifinals respectively. Impressively, Alcaraz didn’t appear exhausted in the final encounter against Alexander Zverev, despite playing two three-set marathons back-to-back.

He is the youngest ever player to win this tournament.

The teenager barely needed more than an hour to take care of the German and notched up his second Masters 1000 title with a 6-3, 6-1 demolition job.

Following the victory against Alexander Zverev, Carlos Alcaraz pulled out of the Rome Masters to give himself time to rest ahead of the all-important Roland Garros. Despite never going past the quarterfinals at any Grand Slam till date, the teenage sensation has already been anointed as one of the favorites for the tournament that kicks off on May 22.

Most bookmakers see the World No. 6 as the third favorite for the French Open, behind only Rafael Nadal and Novak Djokovic. A few even put him in second position, edging the World No. 1.

And he has won against all of them 🤯

Carlos Alcaraz has faced all 4 semi finalists from Roland Garros 2021 this clay seasonAnd he has won against all of them 🤯 https://t.co/DcOVPphjrn

The Spaniard reached the third round last year, becoming the youngest player in the history of Roland Garros to win a match at the event. Alcaraz defeated fellow countryman Zapata Miralles in the first round and then shocked 28th seed Nikoloz Basilashvili in the second round before falling to Jan-Lennard Struff.

Back then, the teenager had to go through the qualification rounds, but this time he is bound to be seeded sixth.

Share
Facebook
Twitter
Pinterest
WhatsApp
Previous articleCancer diagnosis a year before infection not linked to worse outcomes; air travel carries COVID risks
Next articleKris Jenner will be in ‘trouble’ if she talks about Kourtney Kardashian and Travis Barker’s wedding