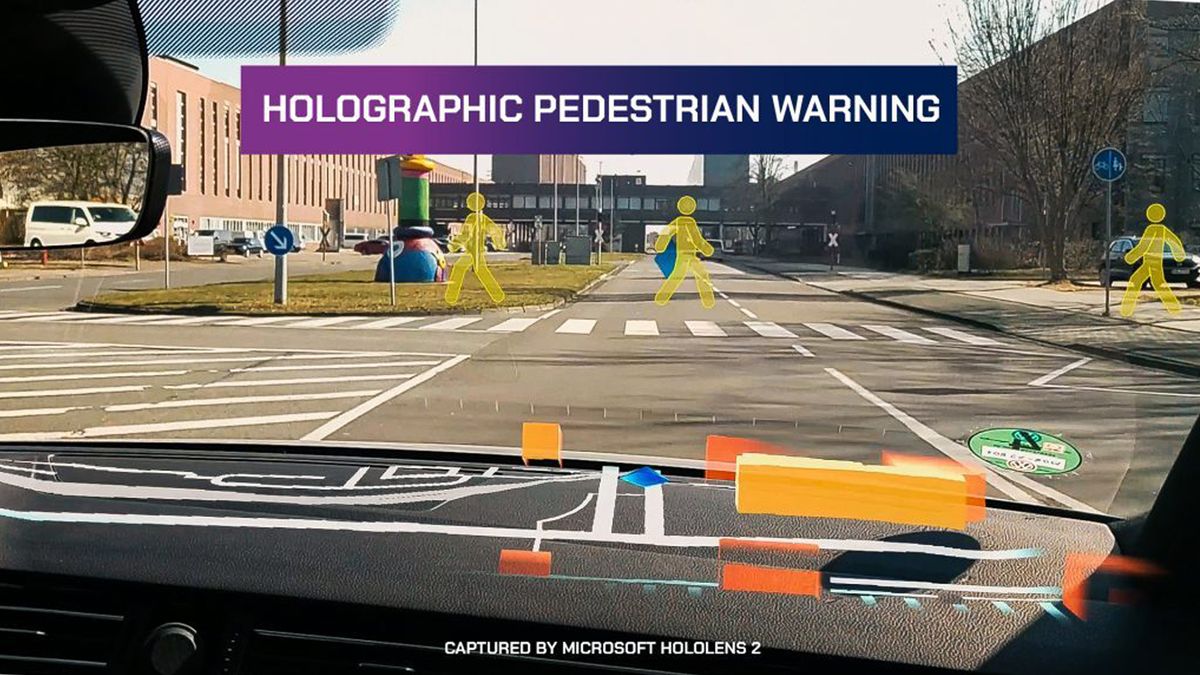 Microsoft is working with Volkswagen to bring augmented reality to cars via a new “Moving Platform” mode for the Hololens 2.

Neither company goes into exact detail as to how this will work, but there is some indication as to what to expect. Microsoft, for instance, said “Moving Platform” could be used to train drivers on how to handle adverse road conditions.

This is not about training everyday drivers. Instead, the focus, as with everything else in the HoloLens 2 orbit, is business and enterprise, which means this platform could be used to train, for instance, fleet drivers.

Looking at the prototype images, the mode works by placing 3D models inside and outside a car. You can only see them by donning the HoloLens 2 mixed reality headgear. For navigation, you’ll have a map for the route virtually placed on top of the dashboard with an arrow pointing to where you need to go.

The HoloLens 2 will also display a holographic pedestrian warning at crosswalks to tell you to be careful of people. It will even tell you the temperature inside the car.

This update is based on Microsoft’s current rendition of Moving Platform, which is meant to be used on ships in the ocean. Ocean waves can disrupt the HoloLen 2, so the mode stabilizes the device’s view.

Microsoft isn’t stopping with cars and boats. There are plans to bring its Moving Platform to “ …elevators, trains, [and] other moving environments.”

This new partnership with Volkswagen may be a way to breathe new life into the HoloLens project. It has gone through a tumultuous time recently.

Back in early February 2022, the HoloLens 3 was canceled. The problem was no one knew what the purpose of the headset was, which may be why some HoloLens 3 team members jumped ship to work for Meta on its metaverse projects.

With this Moving Platform Volkswagen partnership, though, Microsoft is solidifying HoleLens 2’s purpose as a mixed reality tool for training and virtual information in an ever-growing array of workplace scenarios. One can only hope that HoloLens headsets and Moving Platform one day ends up in high school driver’s education classes, too.