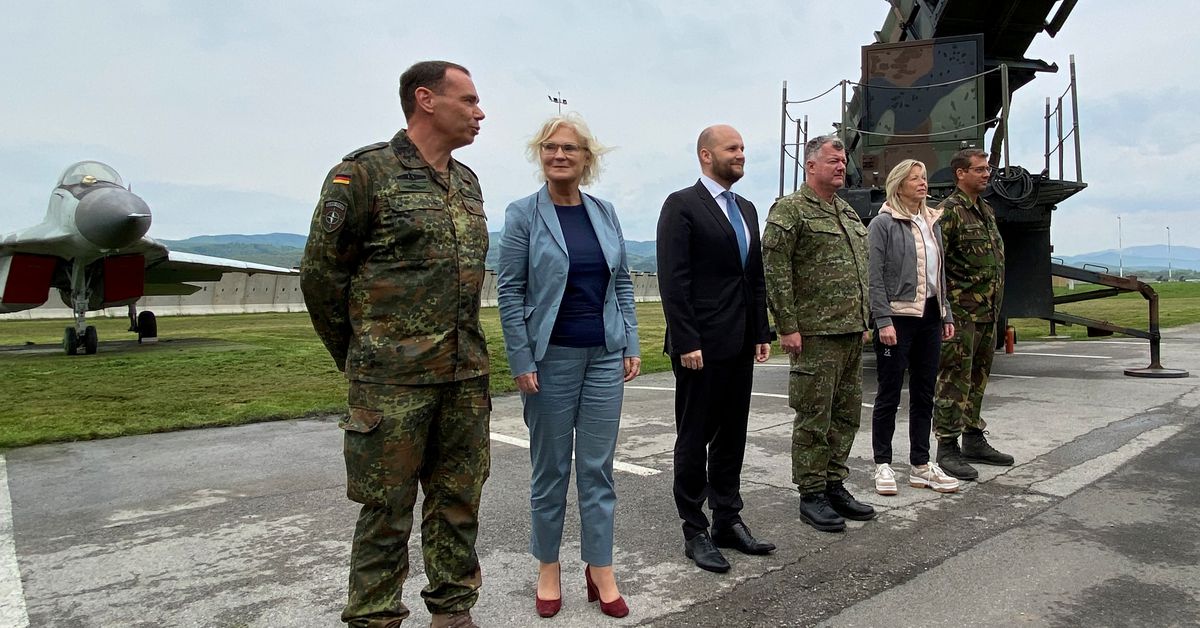 SLIAC, Slovakia, May 6 (Reuters) – Germany will deliver seven self-propelled howitzers to Ukraine, Defence Minister Christine Lambrecht said on Friday, in a further reversal of a longtime policy not to send heavy weapons to war zones due to the country’s Nazi past.

The howitzer delivery, on top of five such artillery systems the Netherlands had already pledged, was another sign of Berlin heeding pressure at home and abroad for it to help Ukraine fend off a Russian invasion.

The heavy weapons will come out of Bundeswehr inventories and be delivered as soon as they emerge from maintenance over the next weeks, Lambrecht and her chief of defence, general Eberhard Zorn, told reporters in the Slovak town of Sliac.

“We have to confront the Russian aggression, we have to support Ukraine in this fight, in this war,” Dutch Defence Minister Kajsa Ollongren said at a joint news conference with Lambrecht.

Kyiv had requested 12 howitzers and swift training to quickly deploy the weapons in the battlefield, Ollongren said at Sliac air base, where the Germans and Dutch have set up Patriot missile defence batteries since Russia invaded Ukraine.

The training of the first group of some 20 Ukrainian troops on the Panzerhaubitze 2000 howitzer is expected to start next week in the German town of Idar-Oberstein, Zorn said. These soldiers had experience in operating Soviet-built howitzers.

Ukraine’s pleas for heavy weapons have intensified since Moscow has turned its fiercest firepower on the country’s east and south, after failing to take the capital Kyiv. read more

Berlin will also supply an initial ammunition package for the howitzers built by German defence company KMW, Zorn said, with further ammunition purchases to be handled directly between Kyiv and the industry.

The Panzerhaubitze 2000 is one of the most powerful artillery weapons in Bundeswehr inventories and can hit targets at a distance of 40 km (25 miles).

Last week, Germany agreed for the first time to supply Kyiv with heavy weapons, in that case Gepard air-defence tanks, after critics accused Berlin of dragging its heels on heavy weapons deliveries to Kyiv.

Most of the heavy weapons NATO countries have sent to Ukraine so far are Soviet-built arms still in the inventories of East European NATO member states, but the United States and some other allies have started to supply Kyiv with Western howitzers.

Russia calls its actions in Ukraine a “special military operation” to disarm Ukraine and protect it from fascists. Ukraine and the West say the fascist allegation is baseless and that the war is an unprovoked act of aggression.