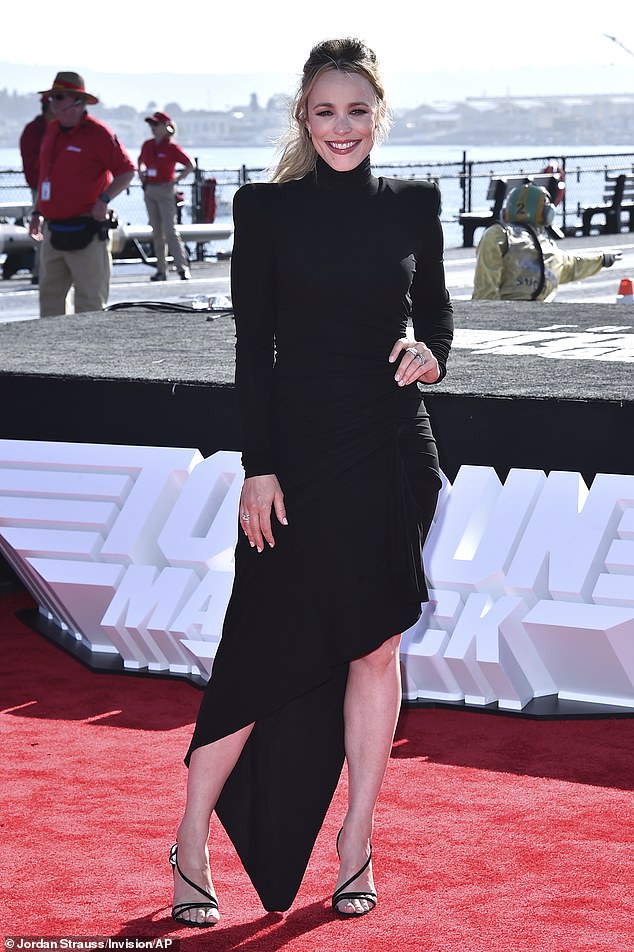 By George Stark For Dailymail.com

She may not be in the movie, but Rachel McAdams arrived in style at the Top Gun: Maverick premiere in San Diego on Wednesday.

The Notebook star looked stunning in a stylish black ensemble that featured a knee-high split, as she posed alongside the cast and crew of the Tom Cruise action sequel.

She was all smiles at the star-studded event, and bumped into singer Kenny Loggins on the red carpet, whose song Danger Zone featured in the original 1986 movie.

While Rachel, 43, brought the glamour to the event, all eyes were on lead star Tom Cruise arrived to the premiere aboard the USS Midway in San Diego via a helicopter that he piloted himself.

The actor, who famously does his own stunts in his action-packed flicks, one-upped all of his incredibly glamorous costars as he touched down at the star-studded event looking dapper as ever in a black tuxedo and a grey tie.

Upon slowly descending the aircraft, the Mission: Impossible star, 59, waved to a sea of his fans that recorded him expertly landing a black helicopter, which read: ‘Tom Cruise Top Gun: Maverick.’

Wow: The Notebook star looked stunning in a stylish black ensemble that featured a knee-high split, as she posed alongside the cast and crew of the Tom Cruise action sequel 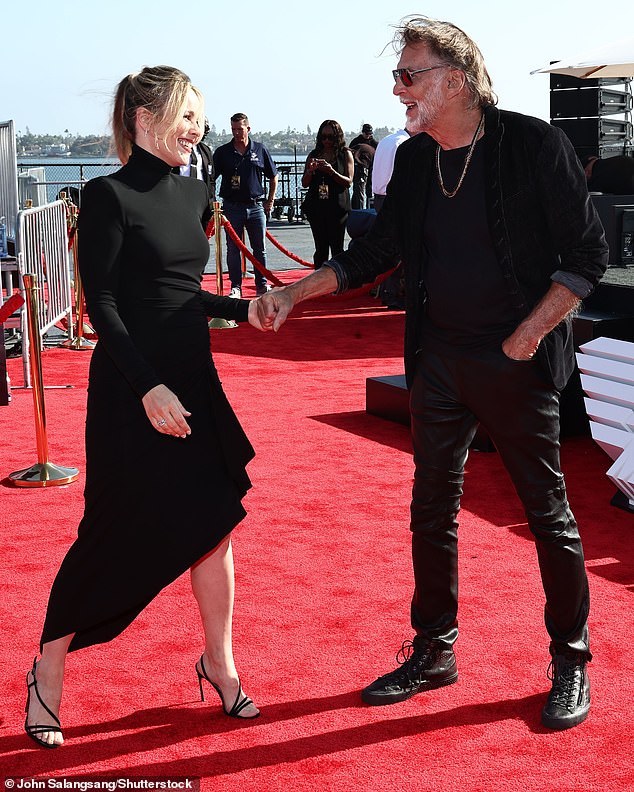 Meet: Rachel bumped into singer Kenny Loggins on the red carpet, whose song Danger Zone featured in the original 1986 movie

While walking toward the red carpet rocking a pair of black Ray-Ban Aviator sunglasses with silver frames, the dad-of-three flashed a bright smile before going to mingle with Jennifer Connelly, Monica Barbaro and Miles Teller.

Cruise earned his pilot license 28 years ago and, over the years, has performed some dangerous stunts for some of his movies, including spinning a helicopter around while diving down over a waterfall. 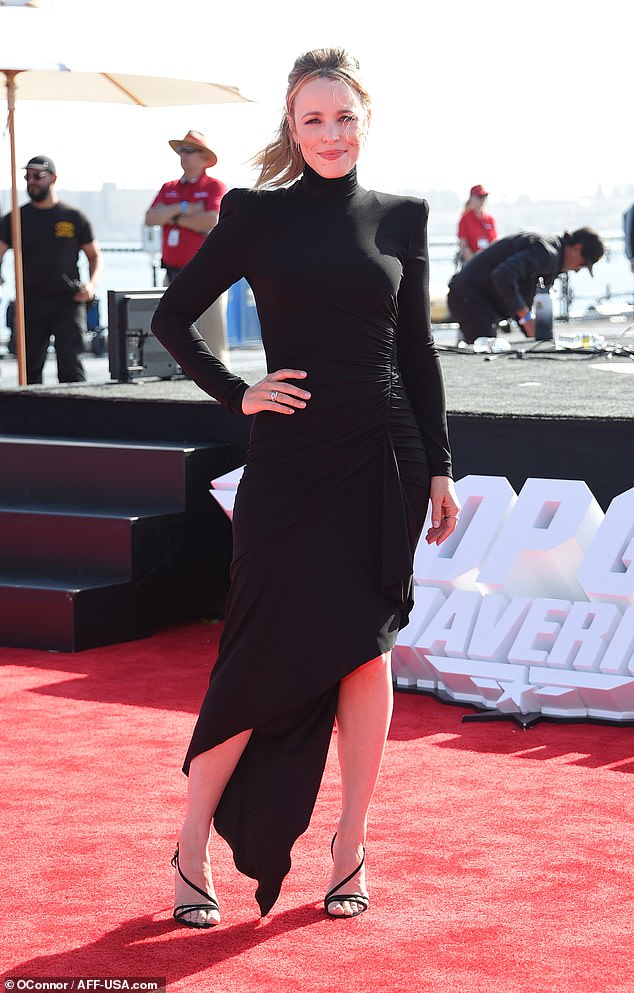 Stunning: The 43-year-old actress looked stylish and elegant in her slinky black number

The actor’s wife Keleigh Sperry attended with him in a sparkly silver tulle dress with matching pumps.

Meanwhile, Jennifer Connelly dazzled in a stunning gold gown, which hugged every inch of her toned figure.

She wore her dark hair in waves and a natural makeup look with a glossy nude lipstick and smokey grey eyeshadow. 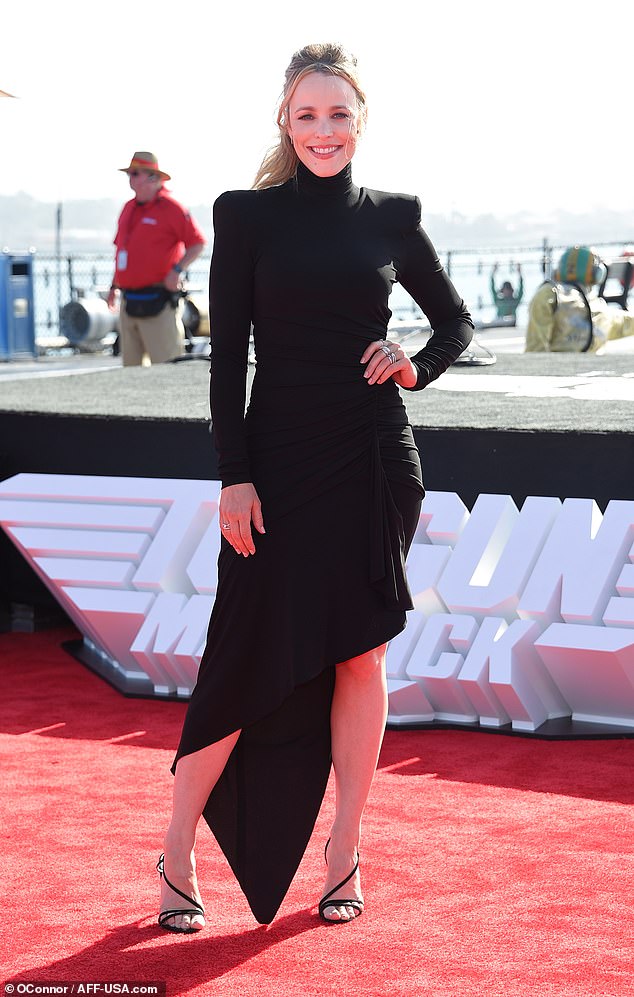