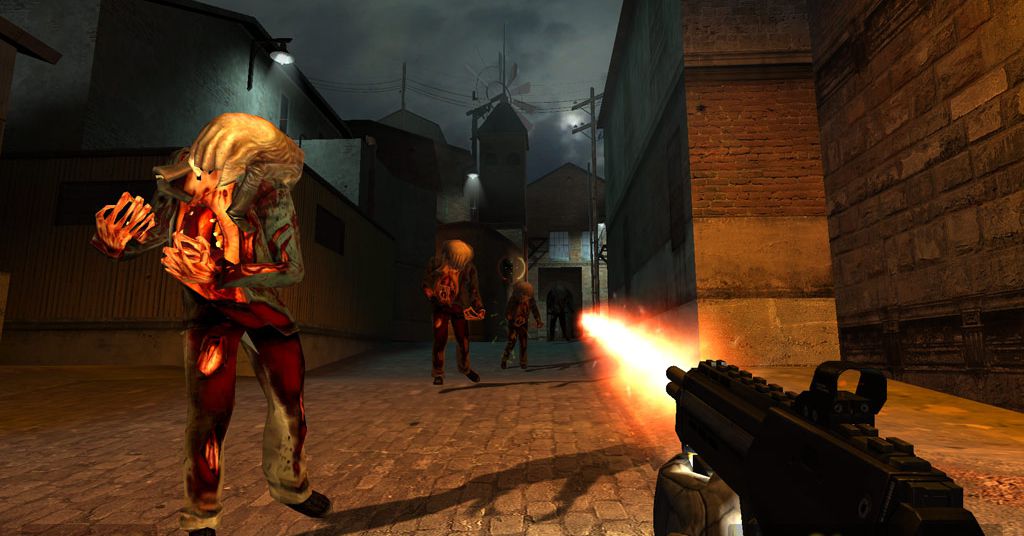 Noclip, a producer of video game documentaries, has released an hour’s worth of gameplay footage of a canceled Half-Life spinoff by Arkane Studios. The game, which was called both Half-Life 2: Episode 4 and Return to Ravenholm at different times in its development, took place in the former Resistance stronghold, now headcrab and zombie-infested city of Ravenholm. Ravenholm is one of the most fondly remembered levels from Half-Life 2; it’s like a survival horror game managed to sneak in as a chapter. However, it’s only one chapter, so it’s intriguing to see how an entire game in this locale might have played out.

Ravenholm starts with the player enjoying some breakfast and exposition from Father Grigori, the priest and sole survivor of the city. Unfortunately, zombies bust in through the windows and you’re forced to flee. The footage shows a few more “chapters” of footage, which is interspersed with context from narrator Danny O’Dwyer.

We also get a look at what combat might have looked like, which included heavy melee attacks with physics included, so the player would have been incentivized to knock zombies into spikes or over railings. However, enemies might have also been able to pry themselves off of traps or remove barriers over time. Fans of Arkane games will see a lot of familiar tricks and tactics available to the player, like laying an elaborate trap using arcs of electricity. These tools would carry over to subsequent Arkane projects like Prey and Deathloop.

While Ravenholm never made it to a complete state, and this hour of footage and commentary is full of placeholder and incomplete assets, it’s a fascinating find. The project was ultimately canceled because of its confining place in the timeline, as well as a fear that the setting may have been “played out.” This is the most in-depth look we’ve ever seen at what could have been.

There’s a lot to dig into, like never-before-heard music, cut content from Half-Life 2, and some truly terrifying footage of headcrab zombie swarms. It’s definitely worth watching in full if you’re interested in the Half-Life franchise, Arkane games, or game development as a whole.