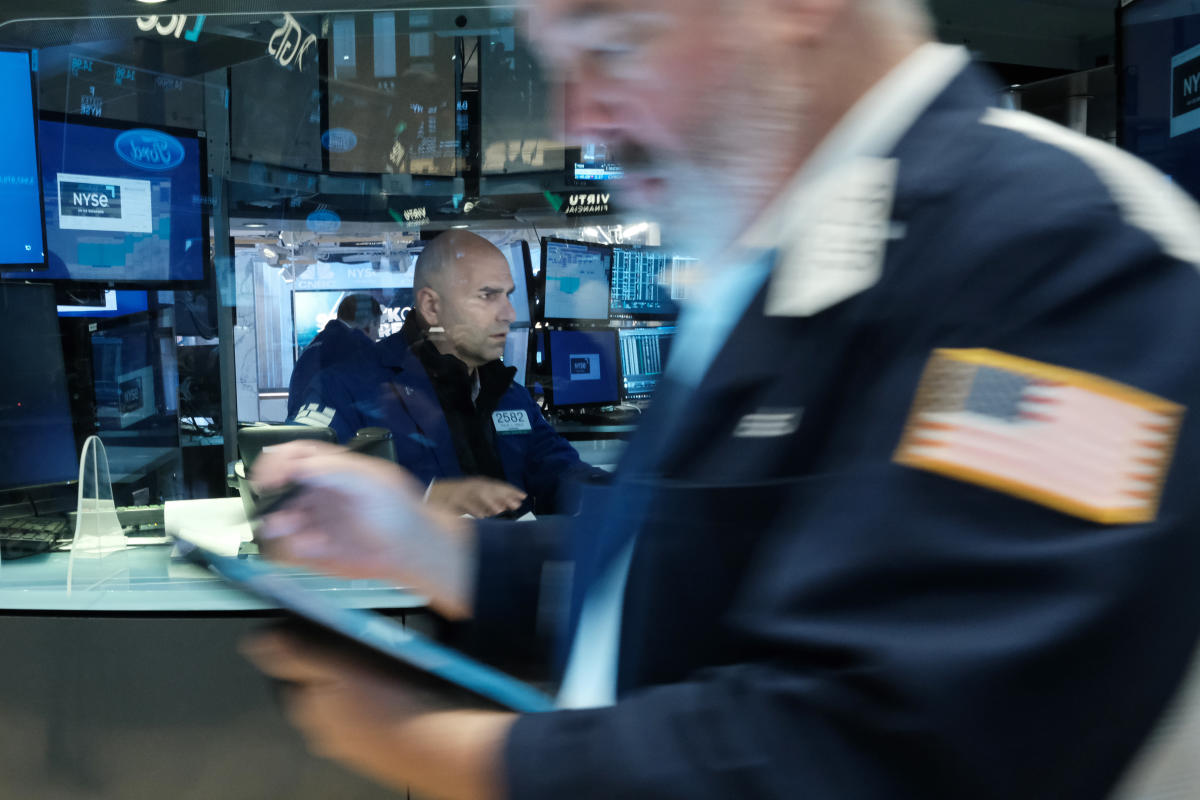 U.S. stocks were little changed Wednesday morning, with investors looking ahead to the Federal Reserve’s latest monetary policy decision against the backdrop of elevated inflation and a still-tight U.S. labor market.

The S&P 500, Dow and Nasdaq hugged the flat line. Treasury yields rose across the curve, and the benchmark 10-year yield hovered just below 3%, or near its highest level since late 2018.

Investors are awaiting the Federal Reserve’s monetary policy statement and press conference from Chair Jerome Powell later Wednesday afternoon. The central bank is widely expected to raise interest rates by 50 basis points for the first time since 2000. Such a hike would be double the 25 basis-point increase the Fed unleashed in mid-March, which itself had been the first rate hike since 2018. This would bring the target range for the federal funds rate between 0.75% and 1.00%, compared to the current range of between 0.25% and 0.50%.

Expectations for this supersized rate hike have built for weeks now amid market participants, especially given commentary from key Federal Reserve officials appearing to support such a move. Powell said during a public appearance with the International Monetary Fund earlier this month that he believed it would be “appropriate … to be moving a little more quickly” on raising rates, and that 50 basis points were “on the table” for May. And the Fed is also expected to use the May meeting to announce the start of quantitative tightening, or rolling assets off the central bank’s $9 trillion balance sheet.

Prospects of higher interest rates have stirred up volatility in equity markets, which had grown accustomed over the past two years to ultra-low interest rates and generally easy-money monetary policies. At the same time, however, many pundits have suggested the Fed allowed its pandemic-era supportive policies to run too long, allowing inflation to soar to the fastest rates since the 1980s. And after GDP growth turned negative in the U.S. in the first three months of the year, a lingering question remains whether the Fed will now be able to tighten policies without tipping the economy into a deep downturn.

“Because the market has priced in a 50 basis point rate hike at the Federal Reserve’s May meeting, the focus will immediately shift to just how many half-point hikes the Fed expects to initiate over the balance of 2022,” Danielle DiMartino Booth, CEO and chief strategist of Quill Intelligence, wrote in an email Tuesday. “The Fed would shock markets if it failed to deliver on more aggressive policy via a 50 basis point rate hike on Wednesday.”

“The Federal Reserve’s credibility is on the line, given the surge in inflation, which has proved to be anything but transitory,” Booth added. “Interest rates are too low and markets have been way too accustomed to almost unlimited liquidity from the Fed’s bond purchases. Powell’s greatest folly would be to insist that the economy is very strong in the face of overwhelming evidence that it is slowing and slowing fast.”

The U.S. services sector saw the largest gains in private payrolls last month, with nearly every industry group adding back jobs. However, job growth slowed compared to March, contributing to the headline deceleration in total private payroll gains. Leisure and hospitality employers added back 77,000 jobs in April, which while still the most of any industry group, was less than half the gain in payrolls from March. This was followed by professional and business services, with payrolls rising by 50,000 in April, and education and health services with gains of 48,000. In the goods-producing sector, payrolls grew on net in each of the manufacturing, construction and mining industries.

Plus, by company size, small business saw a marked downturn in employment last month. Small businesses, or those with 49 employees or fewer, shed a total of 120,000 payrolls last month, while medium and large businesses gained 46,000 and 321,000, respectively.

For the current quarter, Uber said it sees gross bookings coming in between $28.5 million and $29.5 billion, and adjusted EBITDA of between $240 million and $270 million.

Uber shares pared losses in early trading following the results. Earlier during the overnight session, Uber shares had slumped in sympathy with Lyft’s stock, which slid after the ride-hailing company offered a current-quarter revenue and profit forecast that fell short of analyst expectations.

Uber was previously scheduled to report its quarterly results after market close on Wednesday, but after Lyft’s report, “rescheduled to provide a more timely update on the company’s performance and guidance before the market opens,” according to a statement.

Here’s where markets were trading ahead of the opening bell

Read the latest financial and business news from Yahoo Finance

Peanut butter recall: Candy and snacks made with Jif now being recalled