New Jumping Device Could Help Humans Spring Across Other Planets 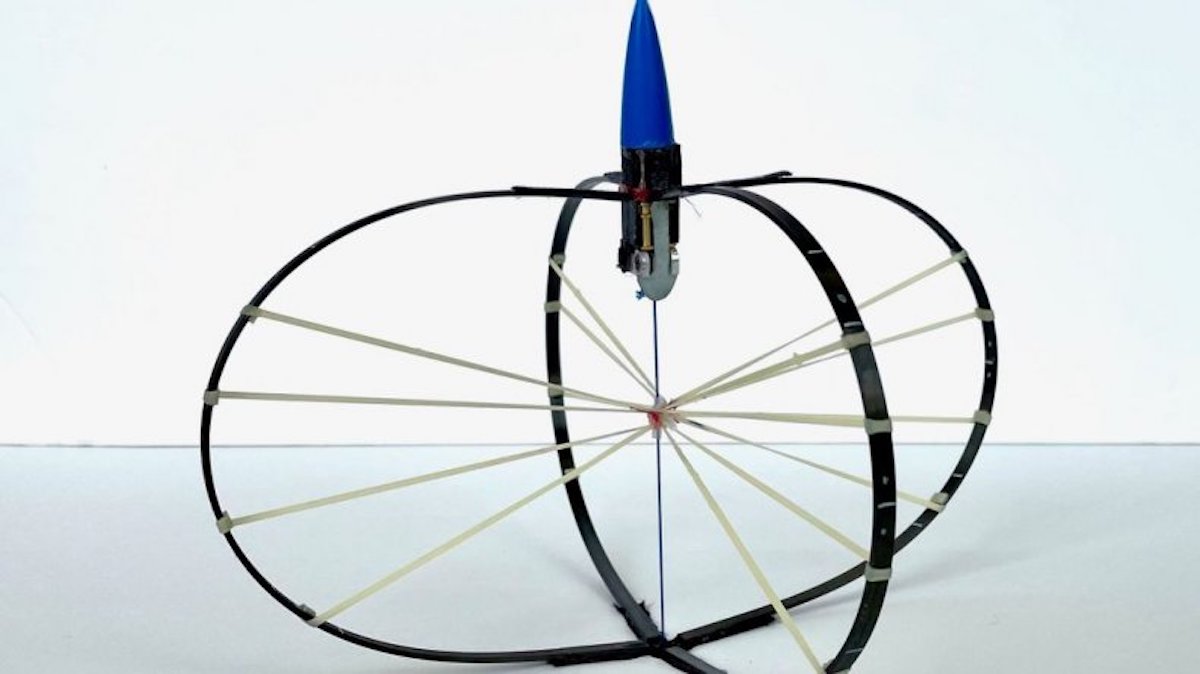 A new jumping device could help humans spring across other planets while exploring.

Researchers say they have created a device that can out-jump any animal or mechanical machine either on Earth or in space.

The jumper is capable of achieving the tallest height in earth gravity — roughly 100 feet — of any jumper to date, engineered or biological.

It has been developed by UC Santa Barbara engineering professor Elliot Hawkes and collaborators, who say it represents a fresh approach to the design of jumping devices and advances the understanding of jumping as a form of locomotion.

Applications for the innovation could see jumping robots able to get places where only flying robots currently reach. The benefits would also be more pronounced off Earth as well: Jumping robots could travel across the moon or planets efficiently.

“The motivation came from a scientific question,” said Hawkes, who as a roboticist seeks to understand the many possible methods for a machine to be able to navigate its environment. “We wanted to understand what the limits were on engineered jumpers.”

While there are centuries’ worth of studies on biological jumpers, and decades’ worth of research on mostly bio-inspired mechanical jumpers, he said, the two lines of inquiry have been kept somewhat separate.

“There hadn’t really been a study that compares and contrasts the two and how their limits are different — whether engineered jumpers are really limited to the same laws that biological jumpers are,” Hawkes said.

The study, published in the journal Nature, explains how the researchers took these insights and designed a jumper quite unlike biological jumpers — the size of its spring relative to its motor is nearly 100x greater than that found in animals. Further, they devised a new spring, seeking to maximize its energy storage per unit mass.

In their hybrid tension-compression spring, carbon-fibre compression bows are squashed while rubber bands are stretched by the pulling of a line wrapped around a motor-driven spindle. The team found that linking the outward-bending edges of the bows across the middle with rubber in tension also improved the spring’s strength.

“Surprisingly, the rubber makes the compression bow-spring stronger,” Hawkes said. “You can compress the spring further without it breaking.”

The jumper is also designed to be lightweight, with a minimal latching mechanism to release the energy for the jump, and aerodynamic, with the legs folding in to minimize air drag during flight.

Altogether, these design features allow it to speed up from 0 to 60 mph in 30 feet per second and reach the roughly 100-foot height in the researchers’ demonstrations.

For motor-driven jumpers, this is “near the feasible limit of jump height with currently available materials,” according to the study.

This design and the ability to exceed the limits set by biological designs sets the stage for the re-imagining of jumping as an efficient form of machine locomotion. Jumping robots could get places that only flying robots currently reach.

The benefits would be more pronounced off Earth as well: Jumping robots can travel across the moon or planets efficiently, without dealing with obstacles on the surface, while also accessing features and perspectives that can’t be reached by terrain-based robots.

“We calculated that the device should be able to clear [410 feet] in height while jumping half of a kilometer [a third of a mile] forward on the moon,” said Hawkes, pointing out that moon gravity is 1/6 of that on Earth and that there is basically no air drag. “That would be one giant leap for engineered jumpers.”

Biological systems have long served as the first and best models for locomotion, and that has been especially true for jumping, defined by the researchers as a “movement created by forces applied to the ground by the jumper, while maintaining a constant mass.” Many engineered jumpers have focused on duplicating the designs provided by evolution, and to great effect.

But the elements that create a jump in a biological system can be limiting for engineered systems, said Charles Xaio, a Ph.D. candidate in Hawkes’ lab.

“Biological systems can only jump with as much energy as they can produce in a single stroke of their muscle,” Xaio said. Thus, the system is limited in the amount of energy it can give to pushing the body off the ground, and the jumper can jump only so high.

Research in this study was also conducted by Christopher Keeley and Matthew R. Begley at UCSB; Richard-Alexandre Peloquin and Morgan T. Pope at Disney Research, and Günter Niemeyer at Caltech.

This story was provided to Newsweek by Zenger News.