Man Who Assaulted Flight Attendants Gets 60 Days in Jail 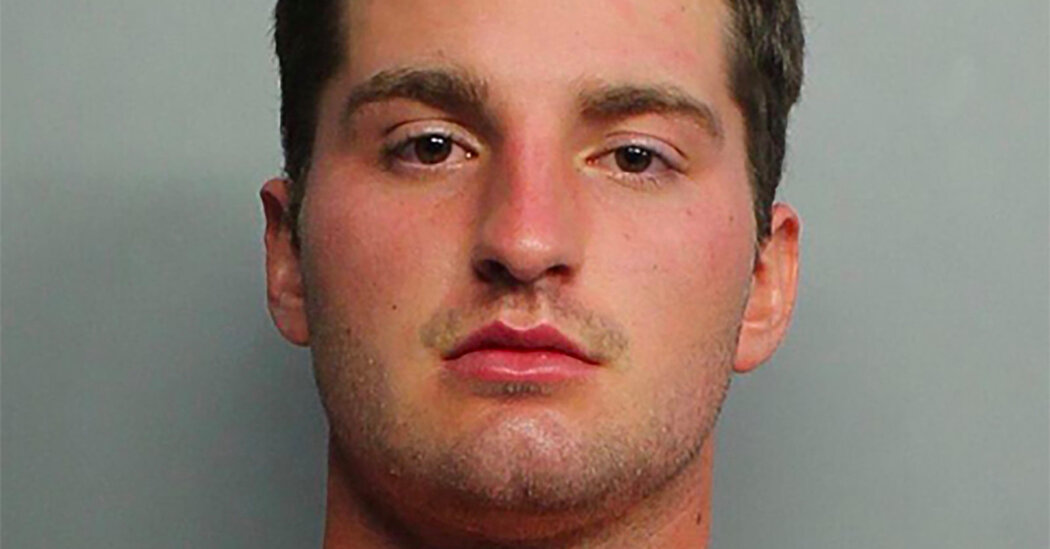 A 23-year-old Ohio man who the authorities say groped two flight attendants and punched a third before being duct-taped to his seat amid jeers from his fellow passengers on a flight last summer was sentenced on Tuesday to 60 days in jail.

Parts of the episode, which occurred during a Frontier Airlines flight from Philadelphia to Miami on July 31, 2021, were recorded on video. It was among many altercations between service workers and angry customers that have received widespread publicity during the pandemic, particularly on commercial flights.

In February, the man, Maxwell Berry of Norwalk, Ohio, pleaded guilty in United States District Court in Miami to three counts of assault. In addition to the jail term, Mr. Berry was fined $2,500 and ordered to pay more than $1,500 in restitution.

Mr. Berry’s lawyer, Jason Kreiss, had argued in a memo to the court that he should not go to jail for the crime, saying that what he had done that day was out of character and that he had already suffered a severe punishment in the form of damage to his reputation.

But in an interview on Tuesday with an ABC affiliate in Florida, WPLG, Jordan Galarza, the flight attendant whom Mr. Berry struck, called the 60-day sentence “a disgusting miscarriage of justice.”

“He made an enemy of everyone on that flight,” Mr. Galarza said. He also defended the way Mr. Berry was physically restrained. Although it “looked a bit barbaric,” Mr. Galarza said, “the people on that aircraft saw justice happen — more than what we saw today.”

The confrontations on the July 31 flight began when Mr. Berry ordered a third alcoholic drink and brushed his empty cup against the backside of a flight attendant, who said, “Don’t touch me,” according to a criminal complaint.

Mr. Berry’s fellow passengers became involved after he later spilled the drink on himself and emerged from the bathroom shirtless, according to the authorities. A flight attendant told him he needed to get dressed and helped him find a shirt in his luggage. Mr. Berry then walked around the plane for about 15 minutes.

While restrained, he apparently tried to bait others into conflict, saying, “My parents are worth two million goddamn dollars” and “I’m white. I’m sorry — I can’t change that,” a video shows.

At one point, someone yelled for Mr. Berry’s mouth to be taped shut, and he was briefly gagged.

In his memo to the court, Mr. Kreiss, Mr. Berry’s lawyer, emphasized the widespread attention that his client’s case had received. “This stigma will follow him around and hinder his personal relationships, his ability to obtain employment, his eligibility for housing, positions of trust, and will affect other life issues for the foreseeable future,” he wrote.

In an email after the ruling, Mr. Kreiss described the required jail time as not necessary but added, “Max is looking forward to moving on with his life and putting this incident behind him.”

Adam Hapner, the assistant U.S. attorney who worked on the case, declined to comment on the sentence.

To Mr. Galarza, the flight attendant, the trip was successful in at least one respect. He told WPLG that his main job on any aircraft “is to protect the passengers, including Maxwell Berry, who we did get to Miami safely that day.”