Worried about bird flu? Here’s what it is, what to know about its symptoms 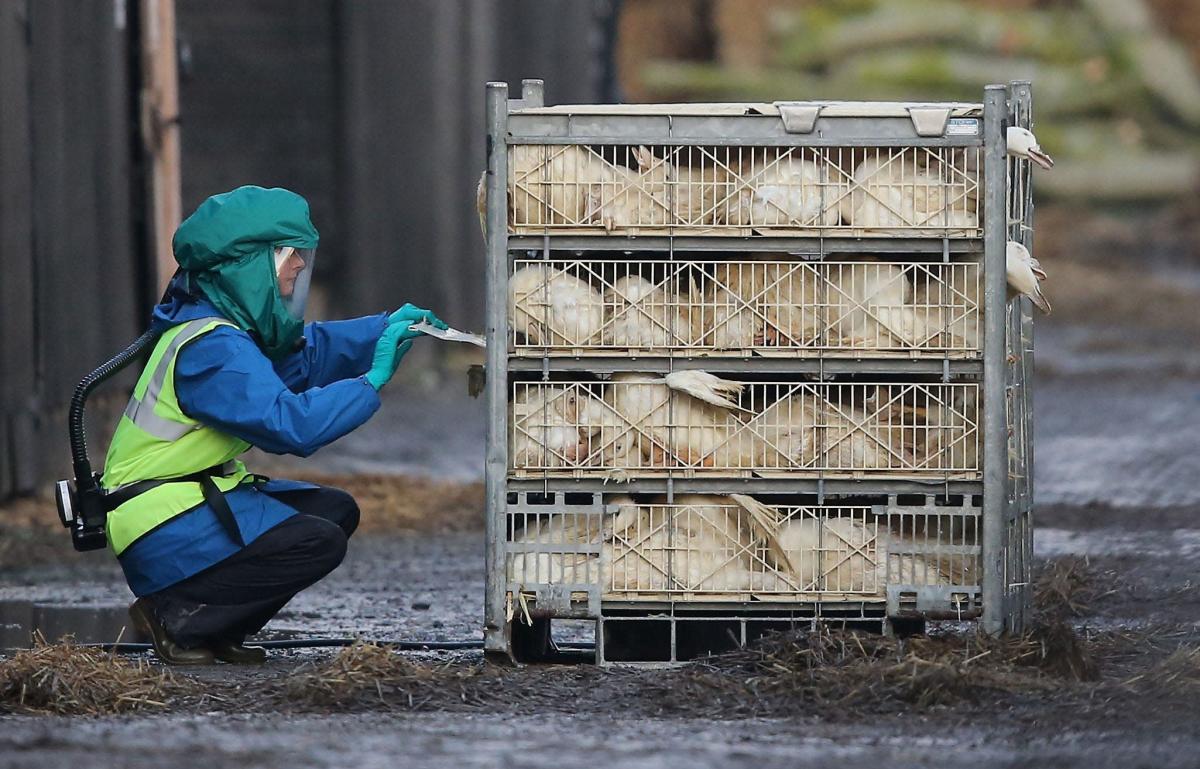 The worst avian flu outbreak in years is ripping through the United States, leading to the deaths of more than 24 million birds. The H5N1 virus has ravaged commercial and backyard poultry in 29 states, with nearly 250 outbreaks, according to the Centers for Disease Control.

American consumers have felt the bird flu in the form of higher egg prices, which more than doubled in March. But on Thursday, the CDC reported the first human case of the current dominant bird flu virus in the United States. An inmate in Colorado contracted the flu after exposure while working at a poultry farm.

Still, public health officials say the risk of transmission in the general public is low.

What is the bird flu?

The bird flu, also known as the avian flu, refers to the disease caused by a family of flu viruses primarily transmitted between birds.

The dominant virus strain circulating currently is called H5N1. It is extremely contagious among birds, who spread it by shedding the virus in their saliva, feces and through nasal secretions. The virus originates in wild birds, but can spread to domesticated birds and lead to rapid, massive outbreaks.

LPAI viruses cause mild or no disease, while HPAI cause severe disease and high death rates in infected birds, according to the CDC.

While possible, avian flu virus infections in humans are considered rare. The human infection reported in Colorado is only the second confirmed human infection of the present outbreak in the world.

The first confirmed infection was reported in December in a United Kingdom man who had ducks living inside his home. He presented no symptoms.

The man infected in Colorado showed mild symptoms of fatigue and was given antiviral medication for treatment. In China, officials confirmed the infection of a 4-year-old boy with a different strain, H3N8, after he reported a fever. Chinese health officials said his close contacts tested negative and that the strain posed little threat of wide spread.

Bird flu symptoms have been reported to be largely the same as the seasonal flu.

Symptoms can include cough, a sore throat, head and muscle aches, fatigue and shortness of breath.

Severe infections can lead to pneumonia that requires hospitalizations. Sometimes infection can cause a fever. Less common symptoms include vomiting and diarrhea.

Earlier this month, the World Health Organization reported that 863 H5N1 cases have been confirmed globally in 18 countries since 2003, causing 455 deaths.

But the H5N1 virus in circulation now is different from prior versions, the CDC said, and the risk posed by bird flu to the public’s health is still low.

Human to human transmission is rare.

“Even when people have been infected with bird flu viruses there has rarely been onward spread from one infected person to another person,” the CDC website reads.

Most people who become infected become so after “close, prolonged and unprotected contact with infected birds.”

The best personal bird flu prevention is steering clear of prolonged exposure to birds. For those who work in close contact with poultry, hunt, or keep birds of their own, the CDC recommends implementing extra precautions like wearing gloves, mask and eye protection.

Coronavirus watch: Stay safe and informed with updates on the spread of the coronavirus

This article originally appeared on USA TODAY: What is bird flu and what are bird flu symptoms? Here’s what to know.

Monkeypox outbreak could be just ‘the peak of the iceberg’, WHO warns | Monkeypox