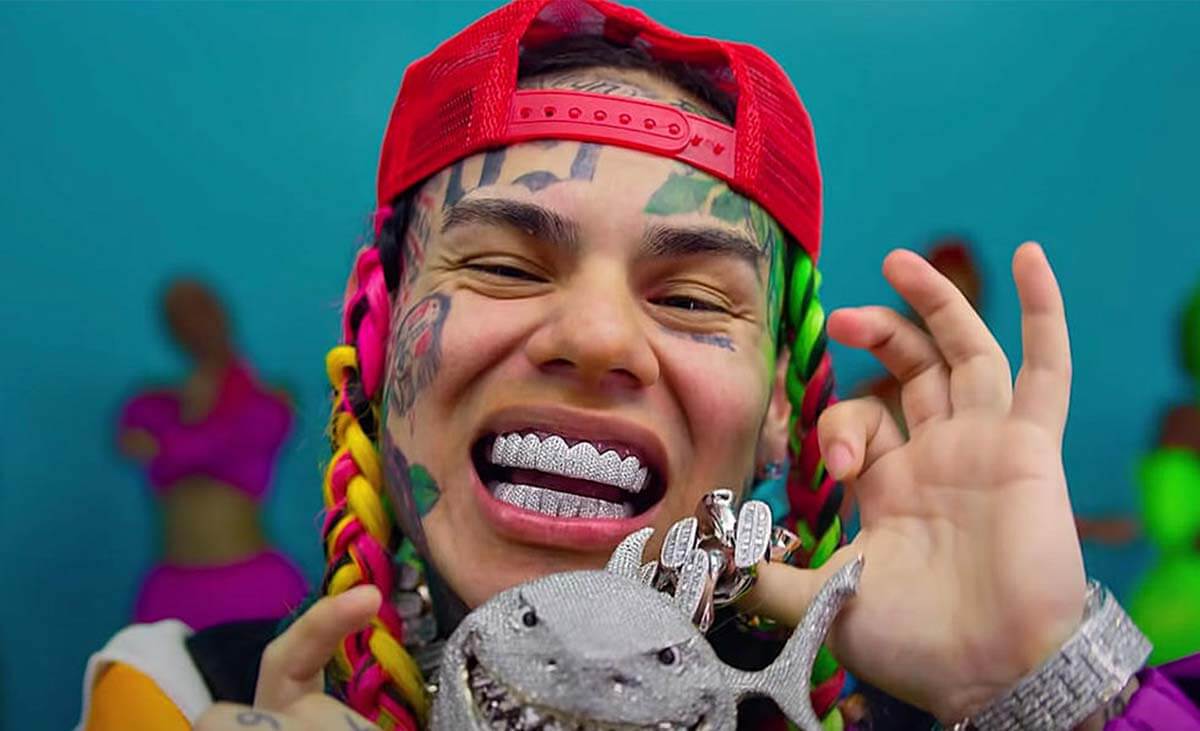 The man who punched rapper Tekashi 6ix9ine states that the artist got what was coming to him. Tekashi allegedly tried to bully the guy and his friends in a Miami club last week.

It was reported that Tekashi was punched in the back of the head at Pilos Tacos Tequila Garden in Miami. The singer was hanging out with his friends in the club and later performed a song in the DJ booth.

Here’s everything you need to know.

Tekashi 6ix9ine attacker claims that The Singer deserved the punch

Footage of Tekashi getting punched in the early hours of Wednesday morning went viral online.

Tekashi responded to the circulating clips by saying that he does not know his attacker. He further mentions that there was no prior dispute between the two of them.

The puncher took to his social media handle to reveal the reason why he knocked the artist.

The guy who goes by ItzMrBHN on social media tells a different story than the one Tekashi shared. He said that he had bumped into the Brooklyn rapper a couple of times in the past.

The guy further revealed that there was no love lost between the two. He claimed that he got tired of seeing Tekashi bullying others.

According to him, Tekashi was recording him and a bunch of his friends last week at the club. He added that the artist was saying the ‘n-word’ and calling them ‘p***y’ while he was filming them.

The clips shared by Tekashi himself on his Instagram stories are evident enough to validate the guy’s claims.

ItzMrBHN further pointed out that when Tekashi was leaving the club, a security guard shoved him and stomped on his shoes. This was what set him off to knock out Tekashi.

Moreover, the man believes that Tekashi has been giving money to people on the streets just to appear as a good guy in front of the media.

It’s clear enough that the guy has an ax to grind.

Tekashi 6ix9ine responds to the viral video of him getting punched

Tekashi 6ix9ine was exiting a Miami club with his entourage when he was unexpectedly punched by a stranger.

An American blog called TheShadeRoom posted a video of the rapper signing autographs for his fans following the incident.

Tekashi commented on the post saying, ‘No scratches and all my jewelry on. Carry on sis with your day.’

The Brooklyn rapper has returned to his old ways of trolling after his comeback.

I’m an avid reader and a binge-watcher. My passion to read and research has encouraged me to become a writer.