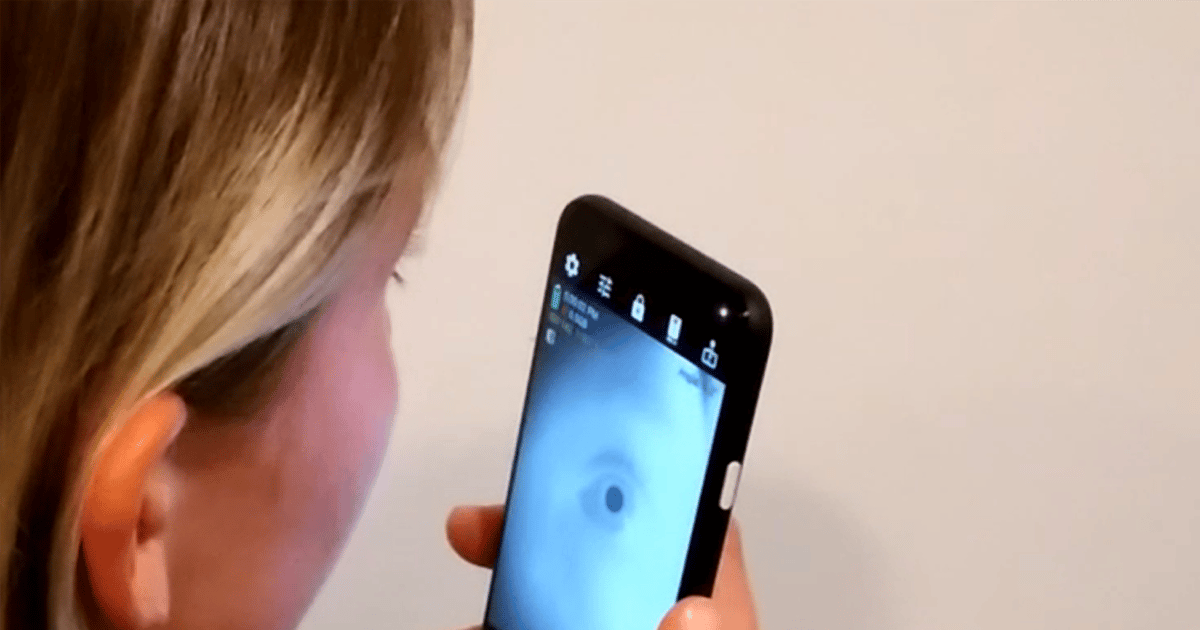 A prototype smartphone app has been developed to screen for the very earliest stages of Alzheimer’s disease. The app tracks minute changes in a person’s pupil size, which previous research has shown can indicate pre-clinical neurological disease.

In 2019 a team of researchers from UC San Diego demonstrated how pupil response tests could identify subjects with a high genetic risk of developing Alzheimer’s disease. The test involves closely tracking pupil size changes while a person is completing a cognitively taxing task.

The idea arose out of research that found one of the earliest brain regions to display Alzheimer’s-degeneration was the locus coeruleus. This brain region plays a crucial role in controlling pupil dilation and early studies indicated subjects with mild cognitive impairment showed greater pupil dilation when completing a challenging cognitive test, compared to cognitively healthy adults.

Eric Granholm, one of the authors of the 2019 research, collaborated with a team of UC San Diego computer engineers to see if they could use modern smartphone camera technology to accurately gather pupil dilation data. The collaborative effort has led to a prototype smartphone app designed to be easily used at home.

“A scalable smartphone assessment tool that can be used for large-scale community screenings could facilitate the development of pupil response tests as minimally-invasive and inexpensive tests to aid in the detection and understanding of diseases like Alzheimer’s disease,” said Granholm. “This could have a huge public health impact.”

The new app leverages the near-infrared cameras that are found in many modern smartphones. Combined with data from a smartphone’s color selfie camera, the app can effectively record pupil sizes with sub-millimeter accuracy.

To make the app as user-friendly as possible the research team worked with a number of older adults to develop a simple interface so the pupil response tests could be accurately completed in a home environment. This included designing a cheap plastic attachment that sits over the smartphone so the user can place their eye in the correct position for the camera to record the pupil.

“By testing directly with older adults, we learned about ways to improve our system’s overall usability and even helped us innovate older adult specific solutions that make it easier for those with different physical limits to still use our system successfully,” explained Edward Wang, an engineer working on the project. “When developing technologies, we must look beyond function as the only metric of success, but understand how our solutions will be utilized by end-users who are very diverse.”

The app is still a prototype, so don’t expect to see it on your smartphone anytime soon. The next steps will be to validate the app in patients with mild cognitive impairment and make sure its measurements are useful in identifying those with preclinical Alzheimer’s disease.

“While there is still a lot of work to be done, I am excited about the potential for using this technology to bring neurological screening out of clinical lab settings and into homes,” noted first author on the new research, Colin Barry. “We hope that this opens the door to novel explorations of using smartphones to detect and monitor potential health problems earlier on.”

The new research has yet to be peer-reviewed and published in a journal but it was recently presented at the ACM Computer Human Interaction Conference on Human Factors in Computing Systems.