Johnson to Evoke ‘Finest Hour’ in Speech to Kyiv 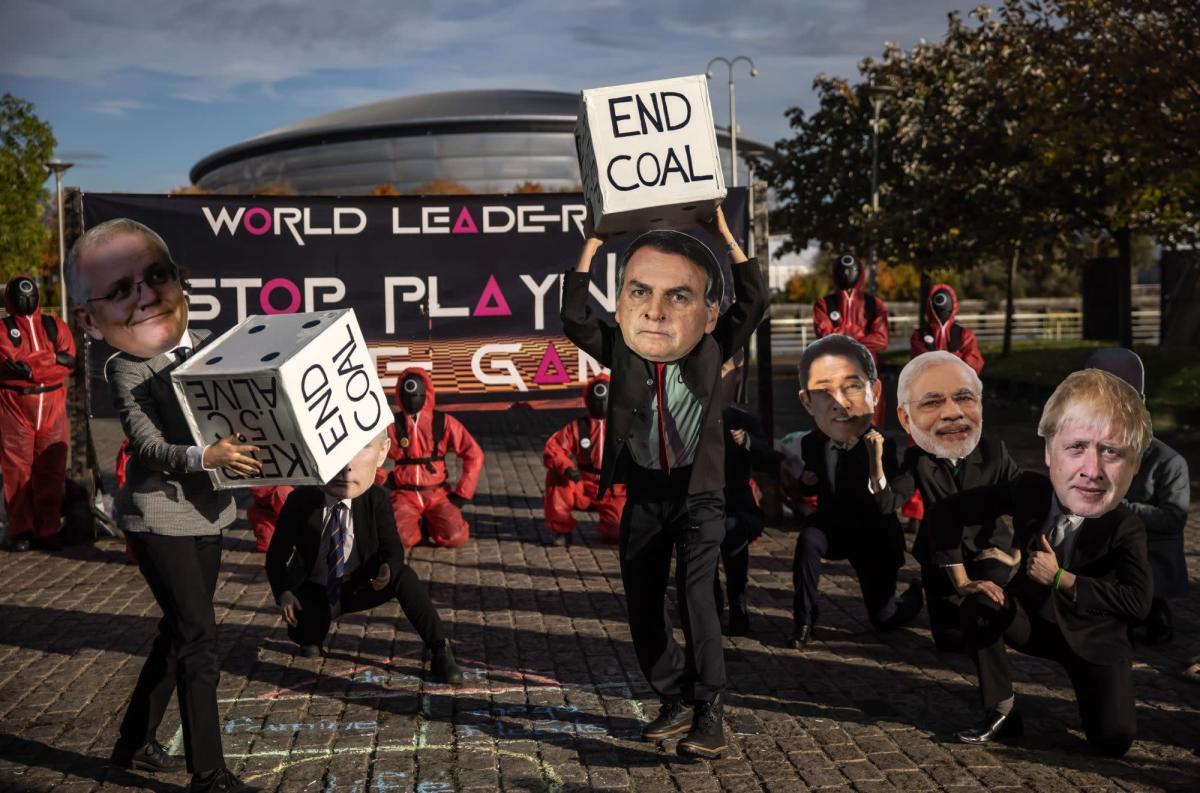 (Bloomberg) — U.K. Prime Minister Boris Johnson will deliver a virtual address to Ukraine’s Parliament on Tuesday that compares the Eastern European country’s struggle to Britain’s during World War II. In addition, his government has announced a new package of 300 million pounds ($375 million) in military aid to Ukraine.

Most Read from Bloomberg

The European Union agreed to provide more detailed guidance in coming days on what companies can and can’t do under EU sanctions rules to address Russian President Vladimir Putin’s demands to pay for gas in rubles.

A U.S. defense official said Russia has made limited progress in shifting its war toward the Donbas region, adding that Putin’s troops continue to suffer from low morale, imperfect logistics and an aversion to casualties.

(See RSAN on the Bloomberg Terminal for the Russian Sanctions Dashboard.)

Johnson plans to address Ukraine’s Parliament as his government announced 300 million pounds in military aid. The British Embassy is also readying to reopen in Kyiv.

According to prepared remarks released by the prime minister’s office, Johnson, in his virtual speech, will echo the words of Winston Churchill: “This is Ukraine’s finest hour, an epic chapter in your national story that will be remembered and recounted for generations to come.”

Italian Prime Minister Mario Draghi said that setting up a ruble- denominated account to pay for Russian gas, as requested by Putin, would be a breach of contract.

“It’s very important that the EU Commission gives a clear legal opinion if payment in rubles is a violation of sanctions,” Draghi said at a press conference on Monday. He urged clearer direction from the EU as Italy is due to make payments in about two weeks, adding that Italy will adhere to the EU’s guidance.

The European Union will seek to step up cooperation with African countries to help replace imports of Russian natural gas and reduce dependence on Moscow by almost two-thirds this year.

Countries in Africa, in particular in the western part of the continent, such as Nigeria, Senegal, and Angola, offer largely untapped potential for liquefied natural gas, according to a draft EU document seen by Bloomberg News. The communication on external energy engagement is set to be adopted by the European Commission later this month as part of a package to implement the bloc’s plan to cut energy reliance on Moscow.

German Chancellor Olaf Scholz said he’s not currently planning to visit Kyiv after a proposed trip by the nation’s president, Frank-Walter Steinmeier, was blocked by Ukraine last month in what was taken as a snub.

“That is standing in the way,” Scholz said Monday in an interview with public broadcaster ZDF. He added that it was unacceptable for Ukraine to reject a visit by the president of a country like Germany that has provided so much military and financial assistance.

Steinmeier has been widely criticized — including by Ukraine’s ambassador in Germany — for his past support for the Nord Stream 2 gas pipeline from Russia to Germany and for his role when foreign minister of encouraging reconciliation and dialogue with Moscow.

Russia’s progress in the Donbas region has been minimal at best, a U.S. defense official told reporters, saying that Putin’s troops continue to suffer from low morale, imperfect logistics and aversion to casualties.

The official also said that Russian forces have been pushed 40 kilometers (25 miles) east of Kharkiv.

Separately, former CIA Director David Petraeus said Russia is being hampered in its efforts by shortfalls in equipment and personnel, with no quick solution as the war drags on. That means there is now a re-assessment over whether Ukraine should fight to take back everything its lost to the Russians since the start of the war, the retired general said in an interview with David Westin on Bloomberg’s “Balance of Power.”

The EU will provide more detailed guidance in the coming days on what companies can and can’t do under EU sanctions rules to address Russia’s demands to pay for gas in rubles, the bloc’s energy commissioner, Kadri Simson said. She told reporters that companies need clarity that the Kremlin’s mechanism “is a violation of the sanctions and cannot be accepted.”

Barbara Pompili, France’s minister for ecological transition, said that all member states indicated that they will stick to EU guidelines on payment for gas. Hungary, which is highly dependent on Russian energy, has previously suggested it is open to paying in rubles to ensure continued deliveries.

Market turmoil spurred by the war in Ukraine is increasingly pushing Czech businesses to abandon the koruna for euros, with industry leaders seizing the chance to pressure the reluctant government to adopt the single currency.

As they prepare for the next round of global climate talks in November, officials from rich countries are trying to pull together a series of multibillion-dollar packages to help poor countries phase out coal.

But negotiations have been snarled by national politics and Russia’s war in Ukraine, which has made the dirtiest fossil fuel a lucrative commodity to mine and export, according to people familiar with the talks.

Poland supports a ban on Russian oil and will call for an embargo on gas, preferably at the same time, Climate Minister Anna Moskwa told reporters before the ministerial meeting in Brussels. To encourage skeptical nations to end their dependency on fossil fuels from Moscow, Poland wants to propose a special carbon market-like mechanism on energy sources imported from Russia.

Such a system would set a date at which the use of energy sources from Russia should be zeroed out. Each member state would get assigned a quota of fossil fuels that it can import and those wanting to use more would have to buy permits to do so from those who use less than their limit. Revenues from such a program could be used to help Ukraine or to aid diversification of energy sources.

The EU is using the meeting in Brussels to demonstrate its unity over continuing to pay for Russian gas in euros, and to reassure Poland and Bulgaria of Europe’s help after being cut off by Moscow, Barbara Pompili, France’s minister for ecological transition, told reporters in Brussels.

Pompili declined to say whether member states would reach an agreement on gas storage this week but said that talks were advancing.

A large, bipartisan majority of Americans support increased sanctions against Russia and most also backing military and humanitarian support for Ukrainians, according to a Washington Post-ABC News poll.

In all, 73% say the U.S. is doing either the right amount or too little to support Ukraine. At the same time, 72% oppose the U.S. taking direct military action against Russian forces, while 21% support the idea.

A key bridge across the Dniester estuary west of Odesa was hit by missiles on Monday for the third time in a month, the region’s military spokesman Serhiy Bratchuk said on Telegram. The bridge is important because it crosses a navigable inlet which allows access to Transnistria from the Black Sea. It is also the main transportation link between the southwestern part of Ukraine’s Odesa region and the rest of the country.

Most Read from Bloomberg Businessweek