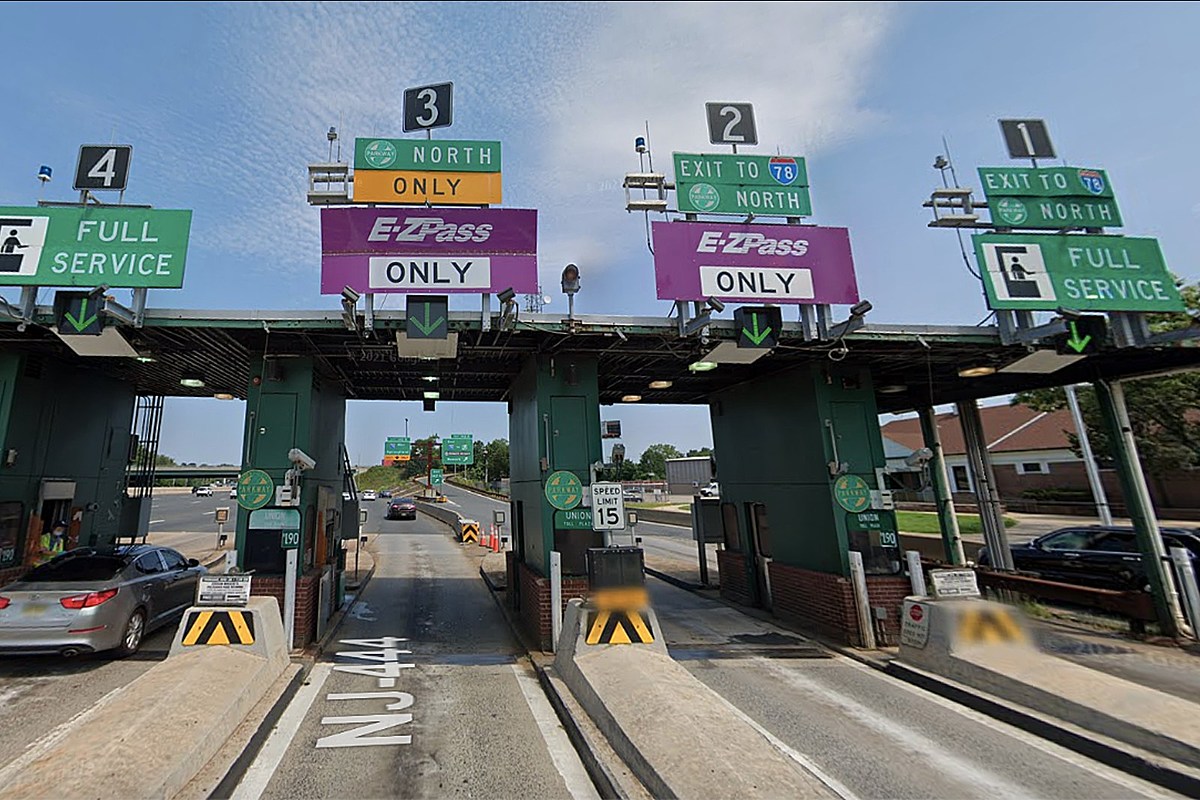 Don’t say he didn’t give it the old college try.

Port Authority Police say they caught a driver trying to avoid paying a toll at the Holland Tunnel on Friday morning.

James Bond would approve. Law enforcement says Sean Nicholas Seagers, 31 of North Bergen, used a spy device that lowered a black covering over his rear license plate at the press of a button.

They say he tried driving his Dodge Durango through the cashless lanes at the Holland Tunnel at 7:25 Friday morning where the technology would snap a photo of his front and rear plate (in this case there was no front plate) and bill the registered owner via mail.

The camera couldn’t see his plate but a Port Authority Officer could see what he had on his car, police say. He was promptly pulled over, arrested, and charged with tampering with public records or information, theft of services and possession of burglary tools.

Does this happen? It happens often enough for Assemblywoman Carol Murphy to draft a bill to raise fines for using such toll evading technology to $750. The legislation also says fines would double if such a device were used in the commission of another crime.

On March 25 another driver used a mechanical device to cover the license plate of his Dodge Challenger at the Holland Tunnel, according to police. Authorities say in October of 2013 a motorcycle rider from South Amboy tried evading tolls at the Holland by altering his license plate with strips of black electrical tape.

Others in the past include a trucker who had a cable rigged in his cab to pull up the front license plate out of the camera’s view and the back plate bent just enough to not give a clear picture, the driver of a Mazda using 20 fake plates to escape paying, and a trucker at the GW Bridge who went simple and just smeared grease on his plate, all according to police.

While I can’t condone spy gear for evading tolls, I would say the toll authorities have certainly used their own sleight of hand with perpetual debt and bondholder excuses to get out of the original agreement to take down tolls from the Parkway and Turnpike once the roads were paid off.

So how mad can I get?

Opinions expressed in the post above are those of New Jersey 101.5 talk show host Jeff Deminski only.

You can now listen to Deminski & Doyle — On Demand! Hear New Jersey’s favorite afternoon radio show any day of the week. Download the Deminski & Doyle show wherever you get podcasts, on our free app, or listen right now:

A little less than 30 cents of every $1 in property taxes charged in New Jersey support municipal services provided by cities, towns, townships, boroughs and villages. Statewide, the average municipal-only tax bill in 2021 was $2,725, but that varied widely from more than $13,000 in Tavistock to nothing in three townships. In addition to $9.22 billion in municipal purpose taxes, special taxing districts that in some places provide municipal services such as fire protection, garbage collection or economic development levied $323.8 million in 2021.

School aid for all New Jersey districts for 2022-23

The state Department of Education announced district-level school aid figures for the 2022-23 school year on Thursday, March 10, 2022. They’re listed below, alphabetically by county. For additional details from the NJDOE, including specific categories of aid, click here.

This is how New Jersey saw the world from 1940-to 1980. All these photos are from AP and Getty publications, meaning they were used in a magazine or newspaper. There has been plenty of inventions and history made in New Jersey. Check the photos below.

Apple gave mixed-reality headset demo to board of directors: report