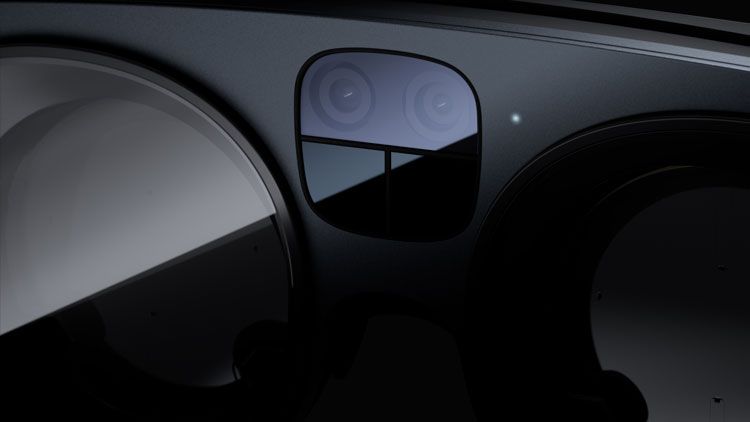 A device packing an AMD Mero APU has been spotted online. According to a sys-info screenshot shared by Rogame on Twitter, the device is the Magic Leap Demophon, which is thought to be an AR headset that is currently in development.

The Tweeted screenshot above offers quite a lot of information to decode and take in. AMD’s Mero APU appears to be an octa-core CPU partnered by a Mero GPU. But what is a Mero GPU? Thankfully, we have some previous Mero tech leaks and spills to look back on and provide some clues.

In 2020, PC hardware hound Komachi shared a screenshot of a document which tabulated functions and device IDs of AMD APUs. Specifically AMD Renoir, Van Gogh, and Mero were mentioned. Komachi later clarified that Mero and Van Gogh were “the same.” However, there may be some changes or tweaks made to distinguish AMD Van Gogh and AMD Mero APUs.

AMD’s Van Gogh APU is famously used in the Steam Deck, but due to being customized for Valve it doesn’t carry any AMD codenames, just a line saying ‘Powered by AMD’. With the Steam Deck launched, reviewed, and in the hands of many a tech enthusiast and gamer we now have a good understanding of the Van Gogh APU. In March this year, when the Steam Deck was released we featured it in an in-depth review and you can check out the full device and APU specs there.

In brief, the Steam Deck’s Van Gogh APU offers the following processing technologies; a Zen 2 CPU cluster with 4C/8T running between 2.4 and 3.5 GHz, and an RDNA2 GPU with eight compute units running at between 1.00 and 1.6 GHz.

Checking back on the purported Magic Leap Demophon device specs, we can see it is quite a different proposition to the Steam Deck. The contrast in purpose and function means that Magic Leap may have got AMD to implement a few APU design tweaks and rebalances to suit it better than a PC gaming handheld.

Magic Leap’s Android OS AR device is likely going to be for the main part projecting 3D rendered elements into your field of vision, and popping up some widgets and menus, as well as simultaneously processing a wide range of sensor data. Makers of wearables are very reluctant to pack in large and heavy battery packs. Due to device comfort and portability we therefore expect this mysterious Mero APU to be less power hungry than the version in the Steam Deck.

Things are going to get very interesting in the mobile space thanks to AMD moving its newer gen CPU and GPU cores into low power APUs. As well as the Magic Leap Demophon, we’d like to see Van Gogh-a-like APUs in accessibly priced laptops and 2-in-1s that currently rely on weedy Celeron or Pentium chips.