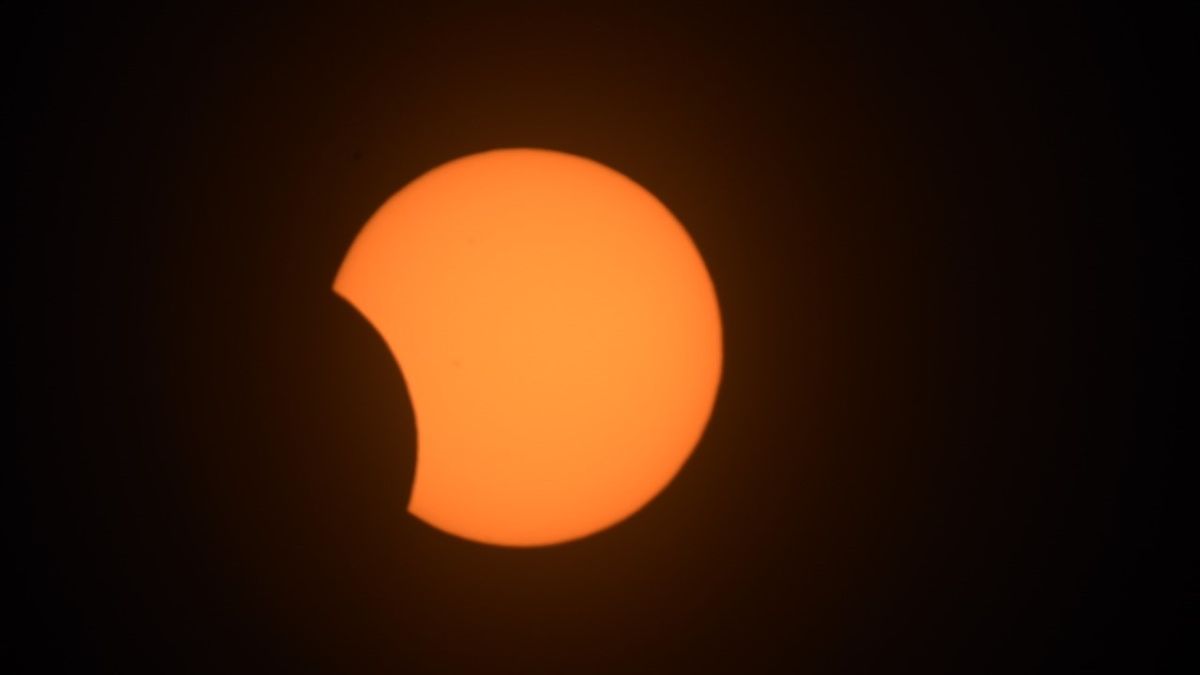 Skywatchers across parts of the Southern Hemisphere were treated to the first partial eclipse of the year today.

The partial solar eclipse of April 30, one of two happening in 2022, swept over parts of South America, Antarctica, and the Pacific and Atlantic oceans. The solar eclipse began at 2:45 p.m. EDT (1845 GMT) in the far southeastern Pacific near the coast of Antarctica. It lasted just under four hours, ending at 6:37 p.m. EDT (2237 GMT) over the south Atlantic Ocean, according to TimeandDate.com, although for many observers, the sun set while still partially eclipsed.

A solar eclipse occurs when the moon passes between Earth and the sun. Today’s celestial event was a partial eclipse, meaning only part of the sun was obscured by the moon, depending on the viewer’s location. The maximum eclipse occurred at 4:41 p.m. EDT (2041 GMT) today, when the moon blocked about 64% of the sun’s disk for viewers just south of the southern tip of South America.

Related: Amazing solar eclipse pictures from around the world

Unfortunately for skywatchers, today’s eclipse took place over largely unpopulated regions in the southeastern Pacific Ocean and the Antarctic, as well as over some South American countries, including Chile, Argentina, Uruguay, Bolivia and Peru.

However, viewers in the U.S. and other areas outside the eclipse path were able to watch the event live, thanks to online broadcasts from Timeanddate.com, which offered views from Santiago, Chile and parts of Argentina, and the India-based YouTube channel Gyaan ki gareebi Live, which showcased views from Cerro Shenolsh in the Tierra del Fuego province of Argentina.

Today’s eclipse also happened to coincide with the second new moon of the month, known as a Black Moon. Typically, a new moon occurs only once a month, when the Earth-facing side is fully cloaked in shadow. However, April started with a new moon on April 1 and ended with a second today.

Related: The 8 Most Famous Solar Eclipses in History

The next partial solar eclipse will take place on Oct. 25, when the moon will block a portion of the sun for viewers in Europe, western Asia and northeast Africa. After that, we won’t see another solar eclipse until 2023. However, a total lunar eclipse is just around the corner, beginning on May 15.

Editor’s Note: If you snapped an amazing solar eclipse photo and would like to share it with Space.com’s readers, send your photo(s), comments, and your name and location to spacephotos@space.com.