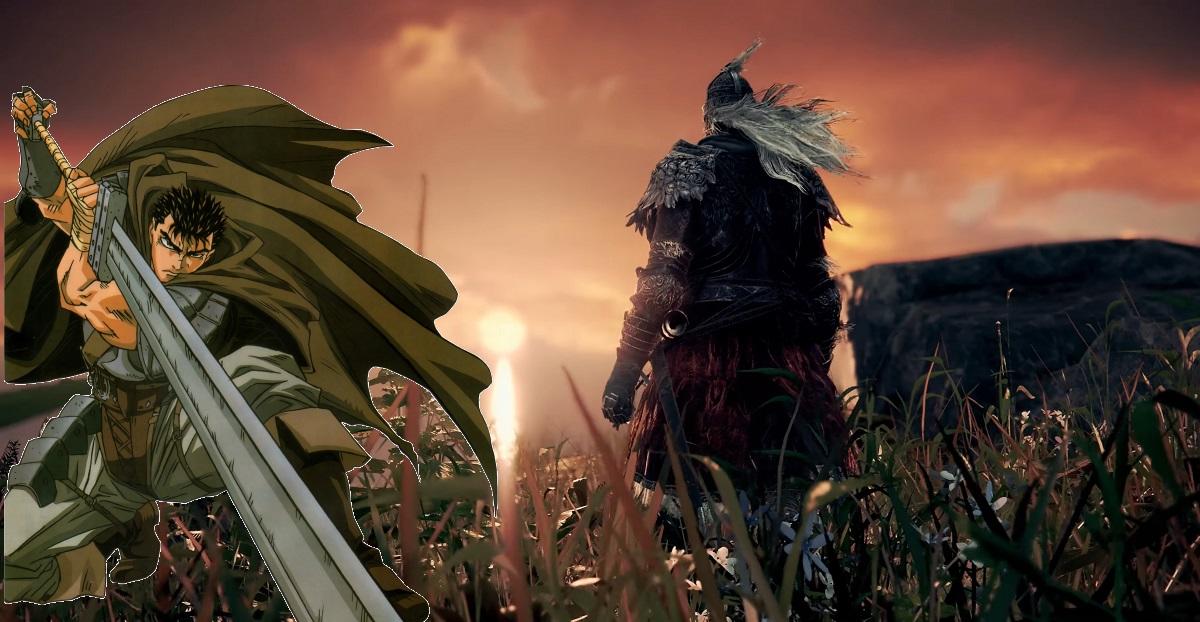 The dark world of Berserk is so referenced in games from From Software that video game players continue to find Easter Eggs throughout the latest entry, Elden Ring. With items such as Guts’ Dragon Slayer and the nefarious Brand making their way into the “Soulsborne” games made by From, one fan has gone the extra mile by created art work that imagines the Black Swordsman Guts diving into the video game world to fight against one of the biggest bosses from Elden Ring.

Godrick the Grafted is one of the earliest big bosses of Elden Ring, being a member of royalty who took the opportunity to increase his power by grafting body parts from humans and beasts alike, disfiguring his body to the point where he appears to look far from any regular human being navigating Limgrave. While not exactly an Apostle, Godrick would fit right in with some of the terrifying creatures that Guts has fought against throughout Kentaro Miura’s epic franchise. With Miura’s passing last year, the future of Berserk’s manga is up in the air, as the publishers at Young Animal has yet to say whether the series has come to an end or if Miura’s assistants will take over.

Reddit User HSTHE shared this impressive fan art from a Japanese artist, imagining how a fight between Guts and Godrick might look considering the two characters definitely seem as if they were born from the same universe thanks in part to Berserk’s influence on the universe of Elden Ring:

Elden Ring is easily the most popular video game from From Software to date, with the latest “Soulsborne” game having already surpassed twelve million units. With the creator of Elden Ring stating that the world of the Two Fingers will “expand beyond the realm of games”, fans are left wondering if we’re set to see this From Software game become a television series and/or movie in the future. With George R.R. Martin of Game of Thrones fame responsible for some of the writing in this video game, it could definitely translate to other mediums.

What do you think of this brutal crossover art? Do you think Guts could take down Godrick in a fight? Feel free to let us know in the comments or hit me up directly on Twitter @EVComedy to talk all things comics, anime, and the world of the Band of the Hawk.