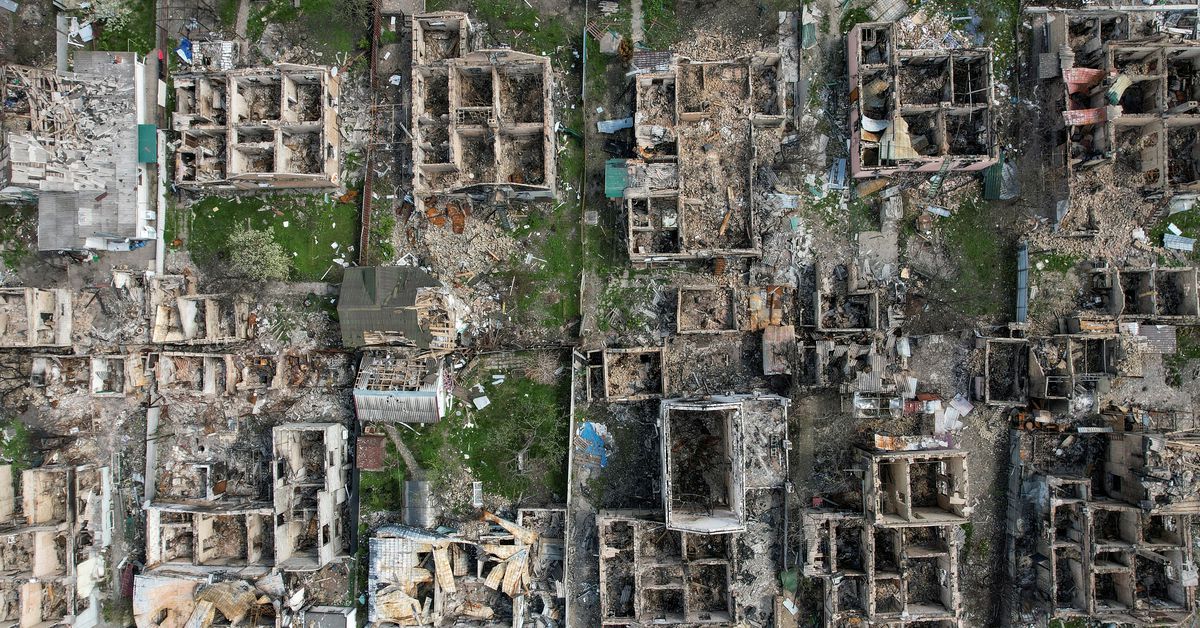 The Russians were trying to capture the areas of Lyman in Donetsk and Sievierodonetsk and Popasna in Luhansk, the General Staff of Ukraine’s Armed Forces said in a daily update. “Not succeeding – the fighting continues,” it said.

Russian Foreign Minister Sergei Lavrov, in remarks published early on Saturday, said lifting Western sanctions on Russia was part of the peace talks, which he said were difficult but continued daily by video link. read more

Ukrainian President Volodymyr Zelenskiy has insisted since the Russian invasion began on Feb. 24 that sanctions needed to be strengthened and could not be part of negotiations. He said on Friday there was a high risk the talks would end because of what he called Russia’s “playbook on murdering people”.

Ukraine accuses Russian troops of atrocities in areas near the capital, Kyiv, that they previously occupied. Moscow denies the claims.

Lavrov said that if the United States and other NATO countries were truly interested in resolving the Ukrainian crisis, they should stop sending weapons to Kyiv. read more

After failing to capture Kyiv in a nine-week assault that has turned cities to rubble, killed thousands and forced 5 million Ukrainians to flee abroad, Russia is now focusing on the east and south of Ukraine.

Moscow hopes to take full control of the eastern Donbas region made up of Luhansk and Donetsk, parts of which were already controlled by Russian-backed separatists before the invasion.

Serhiy Gaidai, governor of Luhansk, told Ukrainian public television that the Russians were shelling all over the region “but they cannot get through our defence”. He said civilians would continue to be evacuated despite the difficult situation.

Gaidai said two schools and 20 houses were destroyed by Russian attacks on Friday in Rubizhne and Popasna, both in Luhansk.

Mykola Khanatov, head of military administration in Popasna, said two buses sent to evacuate civilians from the town were fired on by Russian troops on Friday and there was no word from the drivers. He did not say how many people were on the buses.

There were also reports of attacks on places outside the Donbas.

Reuters could not independently verify the reports from either side on what was happening on the ground.

Ukraine’s border guard service posted a video on its Facebook page showing about 16 weary-looking soldiers in battle fatigues, most of them helmeted and holding rifles, singing the national anthem in a small basement room. One was a woman, holding a dog.

The service said the fighters were border guards helping to defend the Azovstal steel works, the last bastion of Ukrainian forces holding out against Russian invaders in the strategic port city of Mariupol, on the Azov Sea.

Reuters could not verify the video.

Moscow calls the war a “special military operation” to disarm and “denazify” Ukraine, defend Russian-speaking people from persecution and prevent the United States from using the country to threaten Russia.

Ukraine dismisses Putin’s claims of persecution and says it is fighting an unprovoked land grab to fully capture Donetsk and Luhansk, which form the Donbas region.

Western officials said Russia had suffered fewer casualties after narrowing the scale of its invasion but that numbers were still “quite high”.

Britain’s defence ministry said on Saturday: “Shortcomings in Russian tactical coordination remain.” Russia had been forced to merge and redeploy depleted and disparate units from failed advances in northeastern Ukraine, it said in a daily bulletin. read more