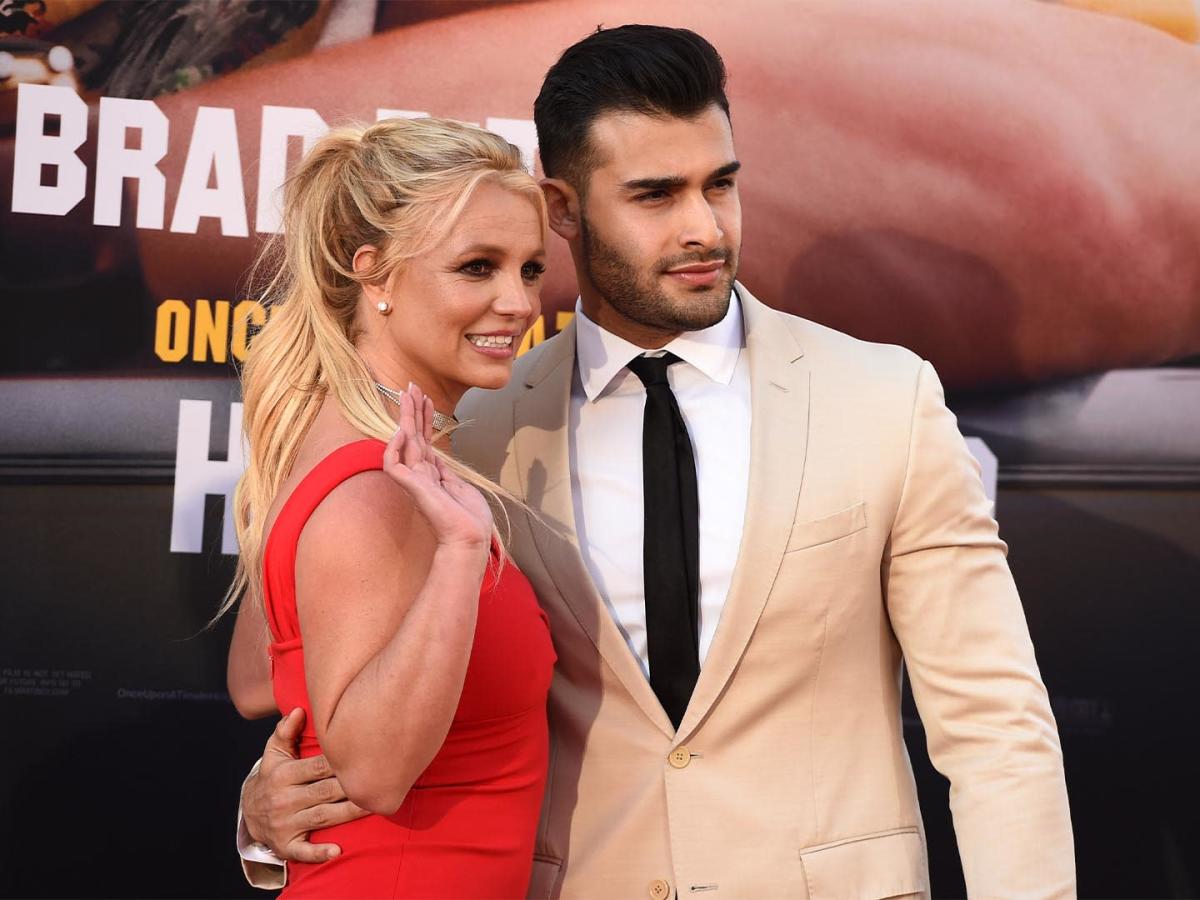 Sam Asghari just dropped some behind-the-scenes information about his fiancée Britney Spears’s pregnancy. The excited dad-to-be sat down with Access Daily‘s Mario Lopez on Wednesday to discuss details of the upcoming birth.

When Lopez asked him if he wants to find out the sex of the baby, Asghari responded: “That’s up to her, but I don’t want to [know]. That’s something that I want to wait for.”

While Asghari wants to keep some things a mystery, he does have a sense of what kind of father he’ll be. “Hands-on as much as possible. This is my baby, my first baby,” he told Lopez. “If it’s a daughter, it’s going to be the most spoiled princess ever, if it’s a son, it’s going to be the toughest son — I’m going to be tough on the kid.”

Spears, who is mom to 16-year-old Sean and 15-year-old Jayden, broke the big news that she’s expecting a baby on Instagram. The singer posted a lengthy message earlier this month, taking fans through her journey of discovering her pregnancy.

Then, Spears offered some honest, candid words about her previous pregnancy experiences and the depression she went through. “I have to say it is absolutely horrible 😔,” she wrote. “… Women didn’t talk about it back then … some people considered it dangerous if a woman complained like that with a baby inside her.” Thankfully, the pop star noted, things have changed since then and this time around she doesn’t have to push down her feelings. “Thank Jesus we don’t have to keep that pain a reserved proper secret,” Spears said.

Asghari also shared his excitement over the news on Instagram, posting a sweet drawing of two lions cradling their cub. “Fatherhood is something I have always looked forward to and i don’t take lightly,” he wrote. “It is the most important job i will ever do🙏.”

We’ve got some great suggestions for clothes your teens will actually wear.