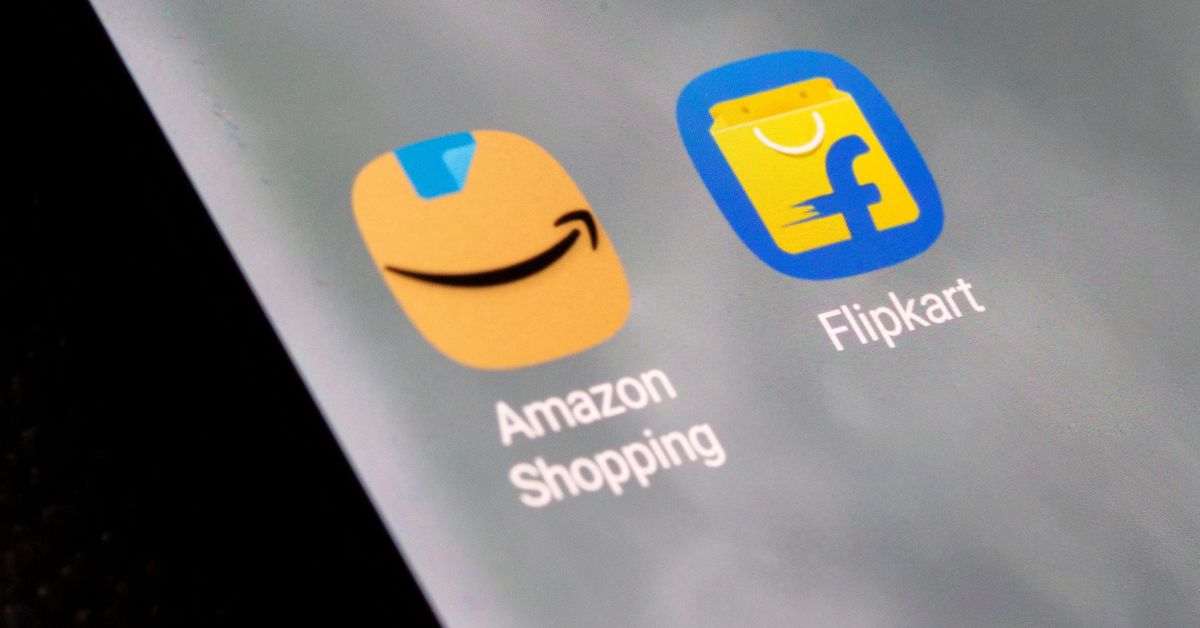 Amazon Shopping and Flipkart apps are seen on the smartphone in this picture illustration taken, July 30, 2021. REUTERS/Dado Ruvic/Illustration

Indian retailers, key supporters of Prime Minister Narendra Modi, have long contended that Amazon and Flipkart’s platforms benefit a few big sellers, via predatory pricing, though the companies say they comply with all Indian laws.

The two Amazon sellers figuring in Thursday’s raids were Cloudtail and Appario, two sources said on condition of anonymity, as the details were not public.

Two other sources said some sellers on Walmart’s Flipkart platform were also being raided by officers of the Competition Commission of India (CCI), but there were no immediate details.

“This is a significant development as generally CCI doesn’t do searches in non-cartel cases,” a former official of the competition regulator told Reuters.

“Doing dawn raids to unearth complex economic activities is a new domain for the regulator.”

Amazon, which has an indirect equity stake in both the sellers raided, did not immediately respond to a request for comment, nor did Flipkart.

Cloudtail, Appario and the regulator also did not immediately respond to emailed queries.

One of the sources said the raids, carried out in the capital, New Delhi and the southern tech hub of Bengaluru, related to an investigation the CCI ordered in January 2020.

In that case, Amazon and rival Flipkart face accusations of anti-competitive practices, such as promoting preferred sellers on websites and giving priority to listings by some sellers. The antitrust investigation continues.

Amazon has previously said it “does not give preferential treatment to any seller on its marketplace,” and “treats all sellers in a fair, transparent, and non-discriminatory manner”.

A Reuters investigation last year, based on Amazon internal documents, showed it had given preferential treatment for years to a small group of sellers on its platform, including Cloudtail, and used them to bypass Indian laws. (https://reut.rs/3rTWXxi)

It showed Amazon had for years helped these sellers with discounted fees, among other advantages, as well as helping Cloudtail strike special deals with big tech firms.

The investigation found that about 35 of Amazon’s more than 400,000 sellers in India in 2019 accounted for around two-thirds of sales on its India website. Of that figure, two sellers, Cloudtail and Appario, contributed 35% of the platform’s sales.

The anti-trust body told a court the Reuters report corroborated evidence it had received against Amazon.

In August, Amazon and Cloudtail decided the latter would cease to be a seller from May 2022. read more

(This story refiles to correct paragraph 3 spelling of “were”)