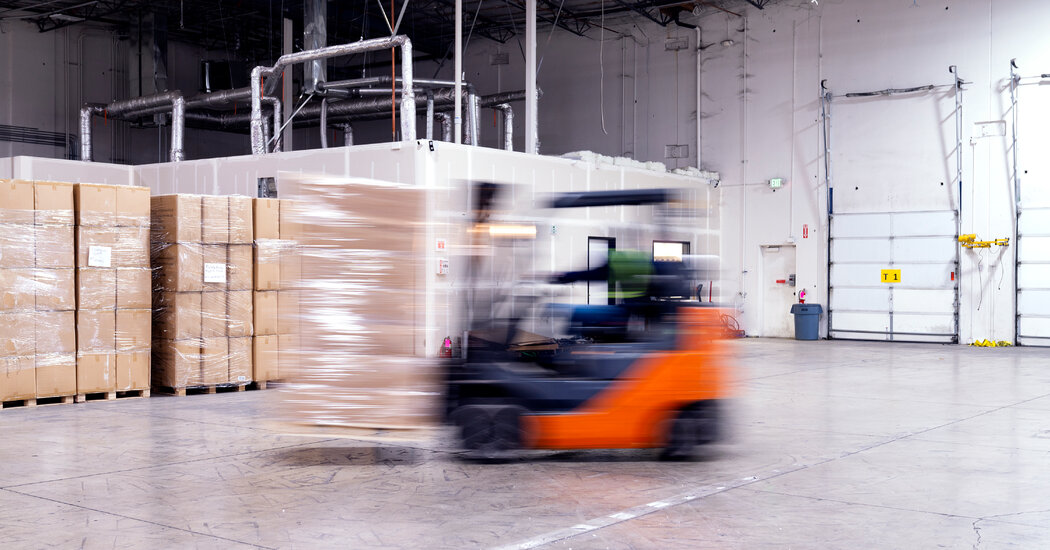 Government data on Thursday is expected to provide evidence that the economic recovery remained on track in the first three months of the year — but you may have to look past the headline numbers to see it.

Wall Street forecasters expect the report, from the Commerce Department, to show that the U.S. gross domestic product, adjusted for inflation, grew hardly at all in the first quarter, a sharp slowdown from the robust growth at the end of last year. The report may even show that G.D.P. declined slightly.

But that figure will be misleading, obscuring evidence of a resilient economy. Consumer spending and business investment are expected to show solid gains despite the Omicron wave of the coronavirus, which restrained spending on restaurants, travel and similar services in January.

“This is one of these reports where the headline is kind of a head fake,” said Ethan S. Harris, head of global economics for Bank of America. “It’s actually a pretty good quarter if you look at the underlying data.”

Two main factors most likely dragged down growth in the first quarter. The first is inventories: Companies raced to build up inventories in late 2021 to make sure supply-chain disruptions didn’t leave them with bare shelves during the holiday season. That meant they didn’t have to do as much restocking as they usually need to do in the new year, which will show up as a hit to first-quarter growth.

The second major factor is trade. The value of goods exported is an addition to G.D.P., while the value of imports is subtracted, so the trade deficit detracts from G.D.P. That deficit has ballooned in recent months, partly because the economy has rebounded more quickly in the United States than in many other countries, leading U.S. consumers to spend more on goods from overseas while some markets for American exports remain subdued.

Many economists will be focused on a measure of growth that strips out the effects of trade and inventories, which they view as a more reliable gauge of underlying demand. That measure, known as “final sales to domestic purchasers,” most likely stayed strong in the first quarter, and may even show an acceleration.

How long that momentum can last, however, is uncertain. The U.S. economy is being buffeted by a range of forces: rapid inflation, sky-high gasoline prices, waning government support at home and turmoil overseas. The Federal Reserve is raising interest rates in a bid to tame inflation, something many economists worry could ultimately cause a recession.

“We are watching a bunch of seismic changes in real time,” said Wendy Edelberg, director of the Hamilton Project, an economic policy arm of the Brookings Institution. “There are a lot of forces that are going to lead to a slowing down.”