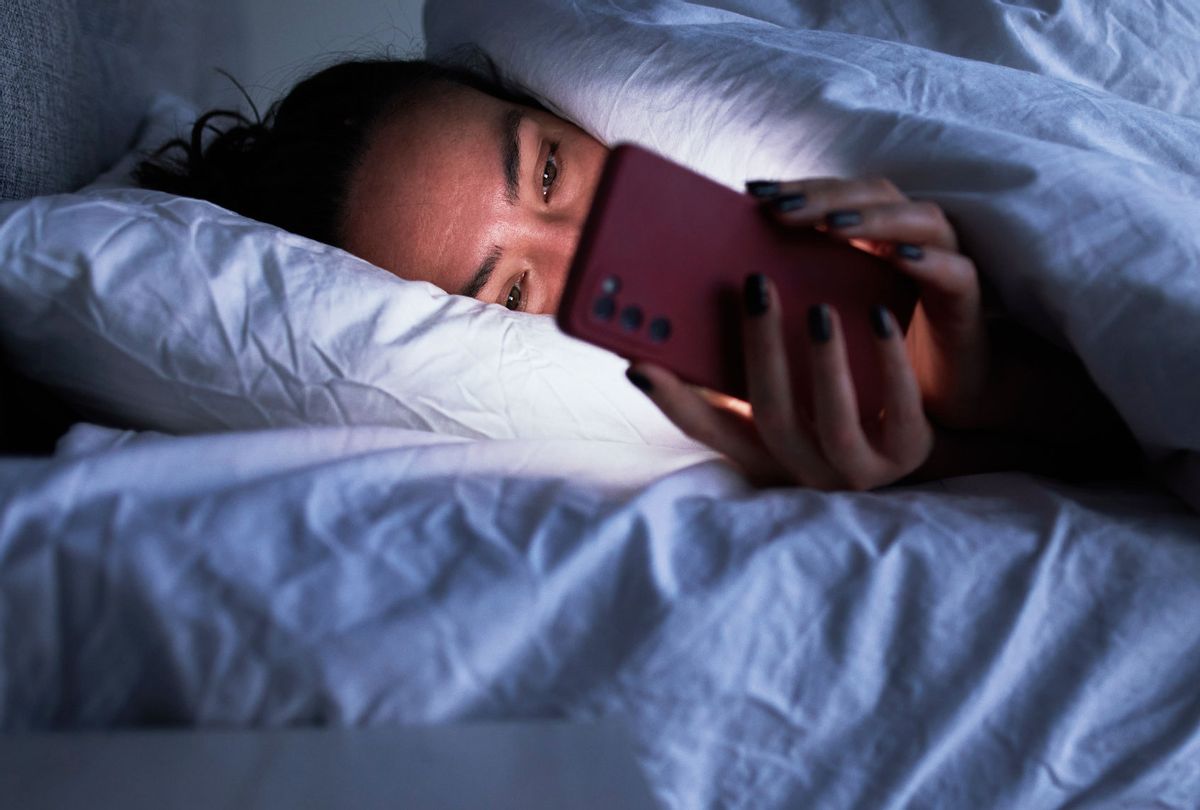 We’ve all seen them: the teenagers and young adults doing synchronized dancing in a grocery store, park, mall, or coffee shop. You may have heard them duetting sea-shanties, or maybe you were told about the crowdsourced musical based off of the 2007 Pixar movie “Ratatouille.” All of these terribly essential activities have one thing, or specifically one app, in common: TikTok, where apparently anyone can cook!

TikTok is basically Twitter on street-grade crack. According to a Forbes interview with University of Southern California Professor Julie Albright, TikTok has “adopted the same principles that have made gambling addictive.” A digital drug for anyone with a phone, and especially young people, the TikTok app uses random reinforcement — similar to a slot machine on the Las Vegas strip — to keep users scrolling. It has changed the way Americans tell and view stories, interact with others, and even receive news and information. Its influence borders on the obscene. TikTok has become part of the new normal of the past year, but instead of helping us heal, it has functioned as a nostrum to the new normal — a rather ineffective remedy from an unqualified source during the pandemic.

RELATED: A psychology researcher explains how social media is changing us

Many people’s first exposure to the app may have been through Nathan Apodaca and his Ocean Spray TikTok post, vibin’ to Fleetwood Mac’s “Dreams,” riding NFTs (nonfungible tokens) to block-chain authenticity (if anyone understands what that means). Apodaca’s clip drew the attention of a TV show host excited to “sit down and tap into the mind of Nathan Apodaca, also known as ‘Dogg Face.'” It also brought him a hefty wad of cash.

Those who still weren’t privy to TikTok, even in the advent of these cultural milestones, most certainly became aware of its existence due to the glorious mishaps of Tessica Brown, also fondly known as “Gorilla Glue Girl.” Her story took the internet, tabloids, and news cycles by storm after she repeatedly posted to TikTok in the early months of 2021 that it had been a “bad, bad, bad idea” for her to use Gorilla Glue to set her hairstyle when she had run out of her regular hairspray. Her entranced audience collectively wondered, how could anyone ever make that mistake in the first place? The meme became a well-recognized source of humor, demonstrated by a Saturday Night Live skit titled “Gorilla Glue.” For many, it appeared as another instance of finding amusement in someone else’s humiliation. The internet is filled with videos in the so-called “fail” genre, including the slew of epic fails featured at FailArmy, Newsflare, and Funny Vines, sites and YouTube channels that all showcase their own Fails of the Week. Even ESPN’s SportsCenter boasts a “Not Top 10” segment, which pokes fun at athletes’ mishaps caught on camera. There is no shortage of “entertainment” that comes at the expense of others’ misfortunes.

The specific term for this phenomenon is “humilitainment,” a word coined by media scholars Brad Waite and Sara Booker in 2005 to refer to entertainment that capitalizes on someone else’s humiliation. This term is often used in conjunction with “schadenfreude,” a German compound word that translates to “harm-joy” and describes finding joy in others’ pain. Humilitainment often features as Junk Food News. It has become a common theme in “reality” television programming over the years, on shows like Survivor, Big Brother, 16 and Pregnant, 90 Day Fiancé, and Jersey Shore, just to name a few. Even decades-old TV series, dating back to Candid Camera and America’s Funniest Home Videos, have presented “fails” that resulted in viewers literally laughing at a complete stranger’s pain or misfortune.

From one screen to another, it’s not just television that gives us humilitainment, but our phones and tablets as well. The viral videos of people failing at trends, poorly cutting their hair at home, or having fashion faux pas in public have been on the internet and our phones almost as soon as videos could be uploaded and watched. This trend certainly hasn’t stopped, and it continues to weasel its way into our media feeds. TikTok is just the latest vehicle for consumers to binge on Junk Food News, infotainment, and humilitainment. But perhaps one of the most interesting aspects of TikTok is its algorithm: the more time a user spends on the app, the more data the algorithm collects. For the first few uses of the app, the algorithm will present the most popular videos and trends to the user, but eventually, after tracking the user’s viewing habits, it will funnel the newcomer deeper into the app toward what the program assumes the consumer enjoys. Eventually, the user will only be recommended to very specific creators or videos that fit into the individual’s established interests.

In this way, TikTok closely resembles the corporate press. TikTok’s algorithm divides viewers into specific groups, much as corporate media news outlets like Fox News and CNN divide and conquer audiences. According to a recent study by the Pew Research Center, there are consistent ideological divides between groups of Americans based on where they go to get their news about what is going on in the world. In other words, the Gorilla Glue story wasn’t the only one people were getting stuck to: many Americans also like to get stuck to particular news outlets, where they can tune in to their favorite sources to feed their political confirmation biases.

This market-driven division impacts the information that spreads among various demographics in society, which in turn is reflected across social media — creating an echo chamber of poorly informed people and often resulting in the mass circulation of half-truths and misinformation. In many cases, one person’s (or niche group’s) truth is another’s fiction, yet another way in which Tik-Tok’s algorithm produces results similar to the corporate press. As with the subjects of talk shows, reality TV, or sensationalist news stories, most TikTokers who produce content are average individuals who gain notoriety for dubious reasons, which can then be further exploited by the commercial press for ratings. And much like Fox News, MSNBC, or CNN, TikTok specially tailors its information to fit the narrative of a specific audience, and the corporate media outlets seem to have developed a symbiotic relationship with the app. Thus, not only do TikTok videos now count as news, but both corporate news stories and TikTok videos, whether accurate or not, have adapted to stick with audiences eager to have their beliefs reinforced. In this regard, TikTok and the corporate media are a match made in Junk Food News heaven. What could possibly go wrong?

While Americans were stuck on Gorilla Glue Girl online, corporate news outlets stove-piped the same stories, reinforcing information silos and creating filter bubbles as monetized coping mechanisms for chaotic and uncertain times. These Junk Food News stories distracted Americans while millions of people literally starved across the globe. Democracy Now!, quoting the World Food Programme’s David Beasley, reported that Yemen, Ethiopia, and other impoverished and war-torn nations are “heading toward ‘the biggest famine in modern history,’ and many parts of [these countries] feel like ‘hell on Earth’ after years of food shortages and destruction brought on by the U.S.-backed, Saudi-led war.”

Why did that story not appear at the forefront of the corporate press, nor on the videos of TikTok? It is likely because Americans would rather bask in the glory of someone’s humilitainment than recognize worldwide humanitarian issues. While millions of TikTok users post elements of their daily lives on an app for entertainment, the everyday reality of food shortages and starvation goes unreported. But then again, why would people want their news coverage to be civically driven when it could be viral and funny, especially when it comes at someone else’s expense?

Read more on social media’s effect on our psychology: