Not Dressing For The Weather Could Signal Dementia— Best Life 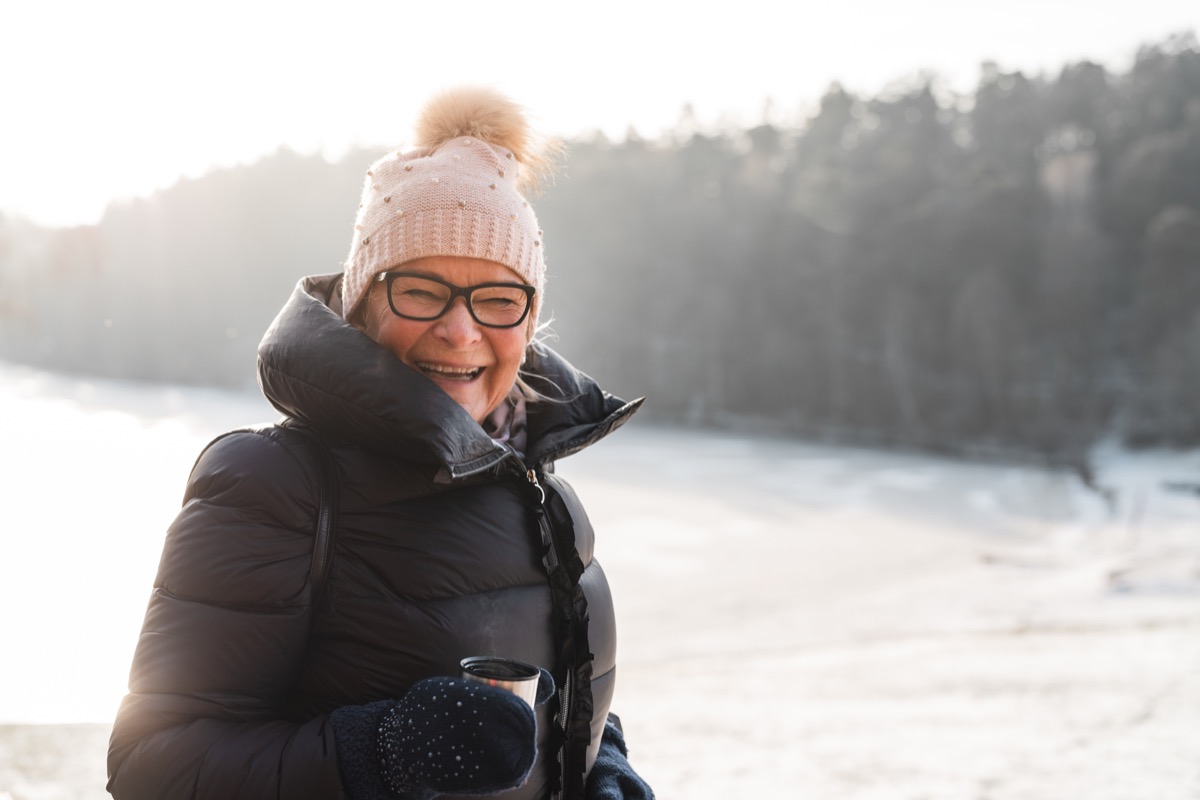 Dementia affects memory, thinking, and reasoning, so the very nature of the disease makes it especially difficult to recognize symptoms in oneself. Instead, it’s often a loved one who first notices the subtle signs of a neurodegenerative condition. Now, experts say there may be another sign of dementia to look out for—whether in yourself or someone you know—that can crop up when you’re getting dressed. Read on to find out which wardrobe choice is considered a red flag, and why it could have serious health consequences.

When the temperature climbs or drops, most people will adjust their wardrobe accordingly. However, experts from the Cleveland Clinic warn that those with dementia often struggle to dress for changes in the weather, and may suffer serious consequences from exposed to extreme temperatures.

“People with Alzheimer’s and other forms of dementia are especially vulnerable to cold weather risks,” Christine Nelson, BSN, MSN, a geriatric nurse specialist, writes on behalf of the Clinic. “We use cues that tell us it must be cold, such as looking outside and noticing that it’s snowing. But the person with Alzheimer’s might not put all that together,” Nelson says.

In fact, a 2015 study in the journal Brain found that those with dementia frequently have an altered experience of temperature and pain. Using a “semi-structured caregiver questionnaire” and patient MRI, the team recorded altered behavioral responsiveness to pain and temperature for a cohort of subjects with various types of dementia.

Their findings explained why those with the syndrome may seem to dress erratically when the weather changes. “Both increased responsiveness and decreased responsiveness to pain and temperature variations were described, as well as responses that were variably increased or decreased within or between modalities,” reported the researchers of their subjects. In practical terms, this may mean that someone with dementia is either less or more sensitive to heat or cold, and that their sensitivity may quickly change.

The researchers attributed the change in part to gray matter loss in various areas of the brain which are responsible for processing homeostatic signals, including temperature.

While both extreme hot and cold weather can pose a danger to dementia patients, experts say that cold weather can be especially hazardous. Those with dementia may need help assembling a winter-ready outfit to protect them from the elements, including a warm coat, gloves, hat, and scarf.

Icy terrain can also be difficult for those with dementia. “Snow and freezing rain make walking outside treacherous for anyone. But those with Alzheimer’s are typically less steady on their feet than the rest of us,” says Nelson. For this reason, a winter outfit should always include sturdy shoes or boots with good insulation and traction.

It’s not only the outdoors that require extra consideration during the winter, though. Nelson offered this advice to those caring for a loved one with dementia: “You might think keeping the house toasty is the best way to counter winter’s wrath. And that’s true to a point. But keeping the thermostat set too high can cause your loved one to overheat and sweat, and make them dehydrated.” Instead, keep the thermostat set between 54 and 75 degrees Fahrenheit and provide layers of clothing to put on or take off.

Finally, if you notice that you or someone else regularly neglects to dress for the weather, speak with your doctor about a dementia screening.

RELATED: If You Can’t Do This One Thing, You’re 5 Times More Likely to Get Dementia.