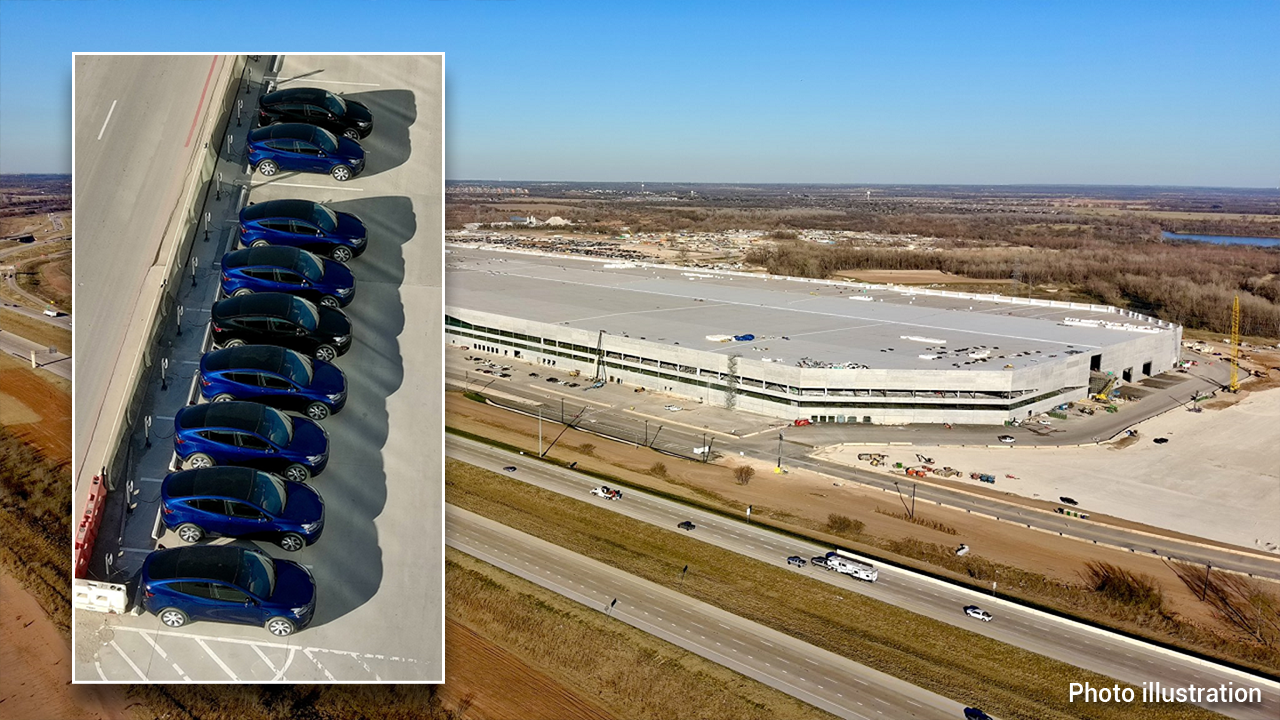 ‘Mornings with Maria’ panel discusses Fed policy and the SEC’s call for transparency from private companies.

Amateur drone photos have revealed that Tesla may have started to produce its Model Y vehicles at the Gigafactory Texas.

The Model Y, with an MSRP of $58,990, started production at Tesla’s Fremont plant in January 2020 and began deliveries in March of that year. Tesla has highlighted the Model Y as a critical component to the company’s growth.

Jeff Roberts uses a quad-propeller drone to take pictures of the Gigafactory Texas outside of Austin. He posted a photo Monday that appears to show a line of Model Y vehicles parked in the factory lot and charging.

Tesla did not respond to a FOX Business request for comment, so it is not clear if the vehicles were produced at the Gigafactory Texas.

Roberts told FOX Business that he first noticed them on Monday. He flies his drone over the facility “almost every single day” and said he didn’t see any of them on Sunday.

“It’s hard to know if these are test cars or are production cars,” Roberts admitted. “My feeling is that they are test cars for crash testing and other analytics, but I could be wrong.”

TESLA INKS DEAL TO GET KEY BATTERY COMPONENT OUTSIDE CHINA

Tesla could store the vehicles inside the factory and roll them out as soon as they announce production, but no such announcement has occurred yet.

Elon Musk, Tesla CEO, stands in the foundry of the Tesla Gigafactory during a press event in Brandenburg on Aug. 13, 2021. (Patrick Pleul/picture alliance via Getty Images) (Getty Images)

Roberts exclusively flies his drone over the company facilities of Tesla CEO Elon Musk. He plans to keep flying his drone over the Gigafactory Texas until the Starlink factory goes live – or maybe he’ll cover the new Tesla cathode plant in Austin when it completes construction.

But he has a lot of time left to observe and enjoy the operations at Gigafactory Texas before that happens.

“I’ve been asked to fly other commercial locations for money and I’ve turned them all down,” Roberts explained. “I do this clearly as someone who is interested in propagating the mission of Tesla as much as possible. Sharing the mission with the world in as many ways as possible is the goal.”

He says Tesla employees watch the videos and look at the tweets he and other amateur drone pilots create in an effort to embrace transparency.

Gigafactory Texas isn’t the only Tesla facility to roll out the Model Y: A drone flyover in Berlin Thursday revealed a similar production effort, and a customer posted on Twitter that she received an email that the Model Y is available for pre-order.

The Tesla Q4 meeting should reveal further information about the company’s plans for the Model Y production and distribution.